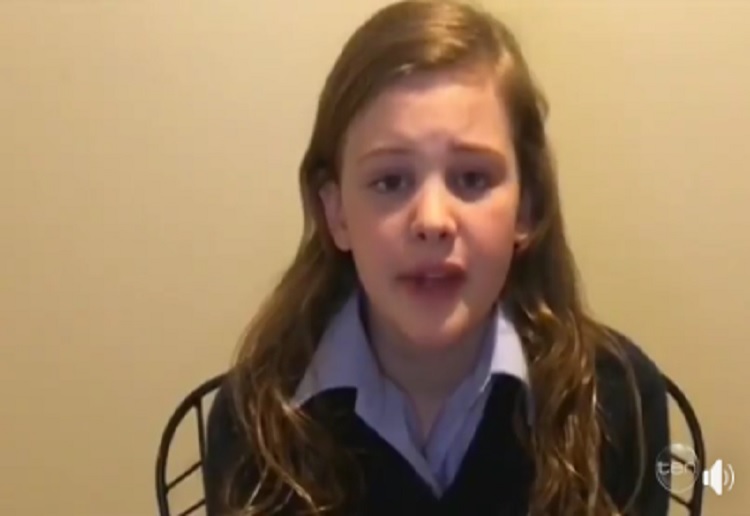 A teenage transgender student has called out the new Prime Minister on national television for his “disrespectful” Tweet about transgender children.

Mr Morrison came under fire on Wednesday with a Tweet declaring Australian schools don’t need “gender whisperers,” in response to a report which claimed NSW teachers were being taught to identify potentially transgender students.

“We do not need ‘gender whisperers’ in our schools. Let kids be kids,” he said.

We do not need ‘gender whisperers’ in our schools. Let kids be kids. https://t.co/POzM26PXU5

One young teen was not standing for it!

“My name is Evie Macdonald, I’m 13 years old and I’m a transgender kid. And this is what I want to say to the prime minister,” a young face said in a prerecorded message shared on The Project.

“There are thousands of kids in Australia that are gender diverse. We don’t deserve to be disrespected like that through tweets from our prime minister.”

Evie continued, saying she knew what it was like to be on the receiving end of attitudes such as this that have cost her a childhood.

“I went to a Christian school where I had to pretend to be a boy and spend weeks in conversion therapy. We get one childhood and one was stolen from me by attitudes like this.”

Mr Morrison said he believed the practice described in the article was not a role for teachers, but for parents.

“I love all Australians and whatever background they come from,” he said.

“I want kids to be allowed to be kids and I want parents to be respected as the parents of those children. I don’t think teachers get to take the place of parents and the choices that families make.”

Read more: Teachers Trained to Watch for Transgender Cues From As Early As Kindergarten