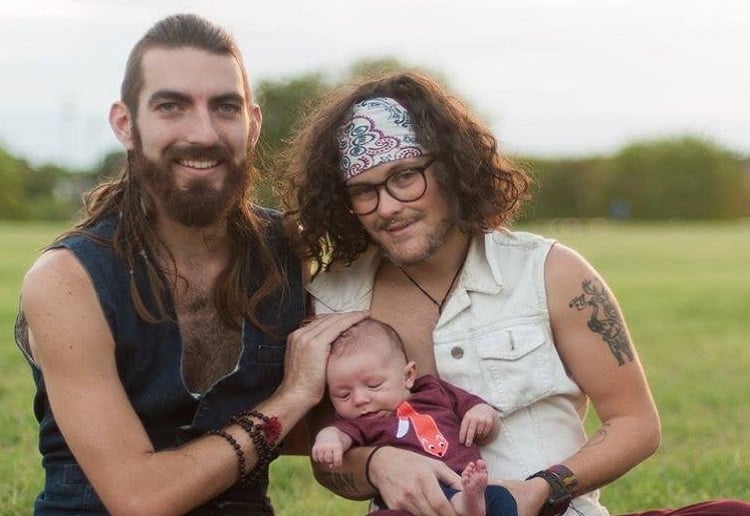 A transgender man who gave birth to a baby boy admits he wouldn’t do it again after receiving ‘daily abuse and judgement’ from strangers.

Wyley Simpson, 28, who lives in Texas with fiancé, Stephen Gaeth, 28, began transitioning to male from female at the age of 21.

Despite taking testosterone therapy and being told by doctors that he could not fall pregnant as he had stopped having periods, the couple discovered he was pregnant in February 2018.

Although they initially did not feel ready to become parents, Wyley carried through with his pregnancy – while battling abuse and judgement from strangers on a daily basis, shares Daily Mail.

In September 2018, Wyley gave birth to their 7lb 5oz son, Rowan, via emergency C-section, and admits all of the comments were worth it- but he wouldn’t go through it again.

The couple have just celebrated their son reaching the six-month mark, and have revealed what pregnant life and parenthood is like.

Speaking about the pregnancy, he said: ‘It’s not every day that someone sees a pregnant man walking down the road, so we received a fair amount of abuse.

‘I would be told that I’ll never be a man, “men don’t carry babies” and everyone called me “it”.’

Wyley, who already had surgery to remove his female breasts meaning he could not breastfeed, intends to make the full transition in the future.

‘Alongside receiving rude comments from other people, the pregnancy took a lot for me emotionally.

‘Having gone through the transitioning process since I was 21 years old, having a physical baby bump was something so feminine that it messed with my head.

‘But it was all worth it to have Rowan and to become a father – I wouldn’t have changed a thing.’

Since giving birth and returning to hormone therapy, he has settled into family life.

Congratulations to you both! x