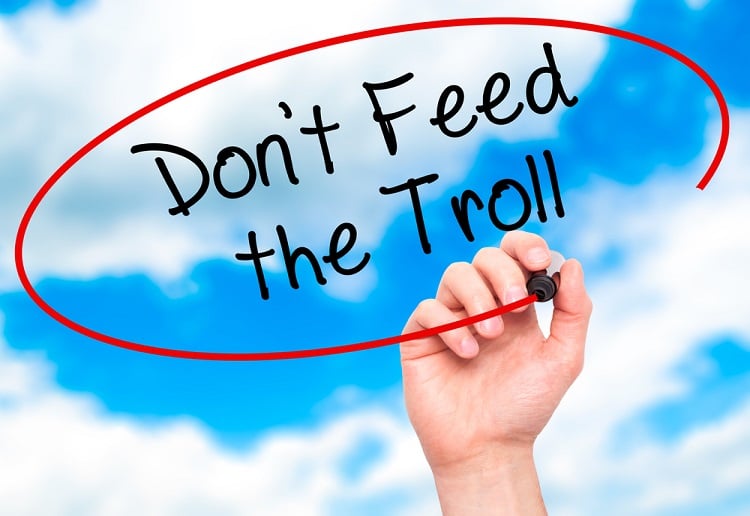 A troll has created quite a war of words on the Coles Facebook page with a disrespectful post about breastfeeding mother’s.

The post from Vanessa Jones shared yesterday to Coles reads –

“Can we please stop mothers breastfeeding around the entrance of Coles in Morayfield shopping centre.
It’s so unsightly and such a degrading thing to see in public. But seriously m, out front of where I buy my groceries ?”

Many followers instantly picked the profile as a troll and called it out for being a fake account, while other mums got quite upset at the comment even sharing images of themselves feeding their little ones to support the cause.

The post has attracted over 1.3k comments and over 160 shares.

Don’t be fooled by a troll.

As The Peorian shares, encountering an internet troll can be a disturbing, even frightening, experience for someone who has not had to deal with one.

The main tool of the troll is accusation. It’s a form of psychological torture, to break you down by turning your words against you, twisting your statements and pounding away at one aspect of your viewpoint. No matter what you declare, the troll will question you as a person. Understand this immediately: it’s you as a person that they are attacking.

The troll doesn’t care. Trolls don’t follow the rules or terms of service. They jump from one platform and one conversation thread to another, causing as much damage as possible. If they get kicked off a site, they’ll try to return, using a different username or a different computer.

Trolls accuse and insult. Trolls needle you relentlessly. They love to flame others. They enjoy causing grief, making another person feel bad. Trolls will quickly move from serious discussion about an issue to a sustained personal assault.

The goal of a troll is to disrupt an online discussion, picking on one person, or on everyone who expresses a particular point of view.

(1) Ignore the troll. Just refuse to interact. Respond to others in an online discussion, but shun the troll and give no reply to any of the accusations or remarks.

(2) Post “don’t feed the trolls” in the debate thread and leave the conversation. Let others deal with them if they want. Just identify the troublemaker as a troll and move on to other websites or activities. If a person is trolling you via email, just stop opening and reading their messages. If you can blacklist them to prevent them from sending you emails, do that. If it’s on Facebook, block — don’t just unfriend, but block – the person and if necessary, report him as abusive.

(3) Keep hammering away at your viewpoint, harden yourself like steel, and never give in. If you want to disturb the troll for a short while, just to give him a taste of his own medicine, you can relentlessly restate your opinion, in complete oblivion to anything the troll says, like you’re not even reading his remarks.

(4) Misinterpret his statements. This is a very effective technique for derailing a troll and making them upset. You may even provoke the troll to give up and leave the conversation thread. Twist what they say and make it seem like the troll is agreeing with you. “I agree. Thanks for seeing my viewpoint. We seem to be on the same page now. That’s exactly right. Glad I was able to convert you to my opinion.”

(5) Praise the troll in a facetious way that translates into not-so-subtle rebuke. “Oh my, you are so incredibly well informed. You are the smartest person in the whole universe and everyone should sit at your feet and soak up your wisdom. Nobody can argue with you, for you have all the answers.” Then sign off and leave the discussion with “You sad and silly troll.”

Have you ever encountered an internet troll?