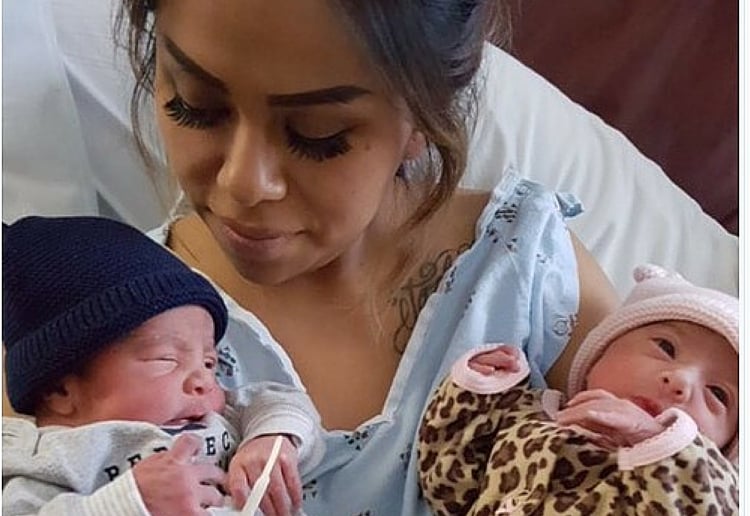 “We were actually watching the clock. We wanted to see if we were one of the first ones,” The family initially had a cesarean section scheduled for the 6 January, but doctors called Mum Maribel Salgado in earlier due to one of the babies presenting in a breech position.

“It’s very unusual and it’s very special. I haven’t seen it in all my 34 years of nursing.”