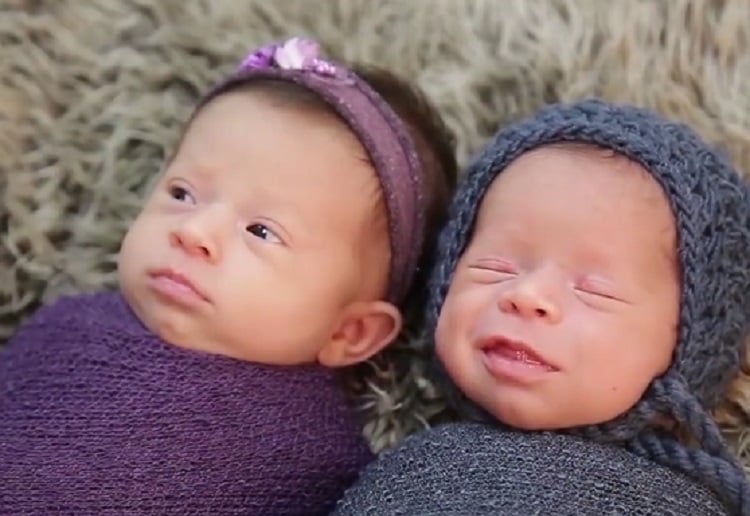 This video of gorgeous newborn twin girls originally shared last year has attracted over 37 million views and over 64,000 comments.

It was the comments that shocked us the most about these gorgeous images.

People are slamming the photographer over the way she handles the newborn infants.

“Really didn’t like watching the babies manipulated into place like objects in order to take photos like they are rubber ornaments. Not natural to allow strangers unnecessarily do this.”

“While this pictures are pretty and cute, I myself would not want any one touching my child and putting them on the mat. It’s just me, to each their own.”

“Why would I let anyone touch my newborns to that extent!! Much as it looks ‘adorable’ it is highly offensive!”

“I do like most of these. The only thing that I question is some of the babies poses look uncomfortable. Head positions mostly, with parents. And the naked thing was a bit much. But there is some beautiful work here!”

“Gorgeous photos but not sure about the babies being moved about and placed in different positions being fussed with etc, but I’m sure the end result is worth it, and to be honest it doesn’t look like the babies are that.”

“It was adorable to a point, but it was a bit much. Too much manipulating the poor babies into unnatural poses, one of them didn’t even seem alive. I probably wouldn’t be after all that, lol.”

While I must admit I did feel awkward at times watching the way they handle and position the tiny infants, I don’t think people need to be so rude in judgement.

How did you feel watching the clip?