TWO families are now waiting in limbo after their children were pricked with syringes hidden in the deli section of a Coles supermarket.

The frightening incident occurred inside the Coles outlet at Broadmeadows Shopping Centre on Pascoe Vale Rd on Monday.

A child was pricked by a syringe hidden under a rail about 1.30pm. About an hour later a child was involved in a similar incident, reports Herald Sun.

The youngster’s mother then discovered the hidden needle.

Police have branded the incident malicious and appealed for anyone who saw suspicious activity near the supermarket’s deli section to come forward.

A Coles spokeswoman said the chain was working with police.

“Our thoughts are with the customers affected by this event and their families,’’ she said. “Out of respect for the privacy of the customers involved, we cannot comment further at this time.”

What a disgusting act! We hope any tests the children may need done after the incident, all come back clear.

A 14-year-old boy has been charged after two children were pricked by a syringe at a Melbourne supermarket, reports 9 news.

The teenager, from Coburg, was charged on Thursday night and bailed to appear at a children’s court on September 20 on two counts of recklessly causing injury. 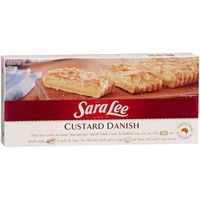