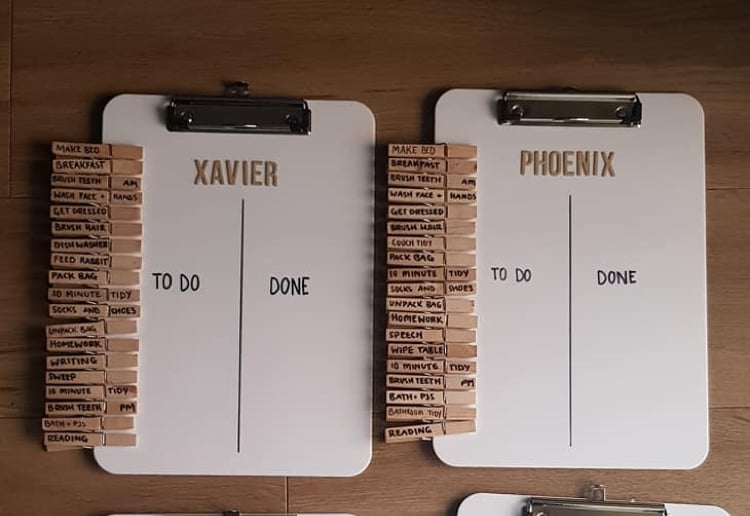 I feel like I just don’t stop nagging! By the time the kids are in bed, I feel like I’ve made a complete transformation to a shrieking shrewish Shrek.

“Put your dinner plates in the dishwasher”.

“Scrape up that mouldy apple from under your bed”

It just doesn’t seem to stop!

So I will be eternally grateful for genius mum, Kacey, who created this amazing and interactive chore chart.

“I refreshed the boys routine/chore charts. I originally found this idea on Pinterest and got everything from Kmart, $15 for all 4 charts.” 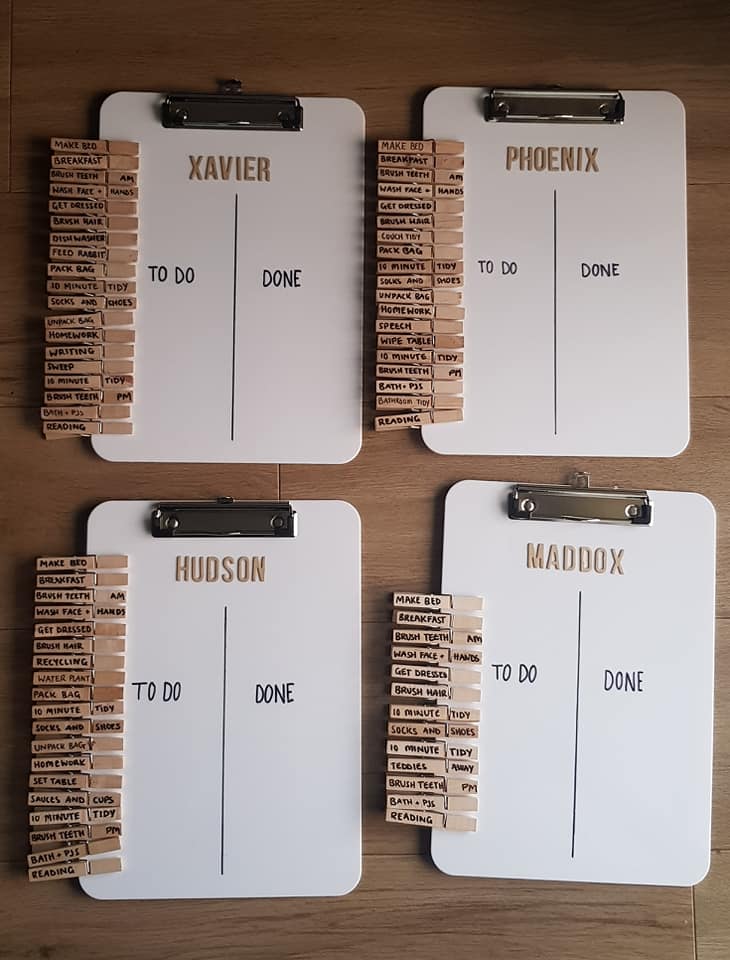 She explains why this chart is so successful with her boys:

“This works so well for our boys as they can move each peg as they do each chore and visually see what else needs to be done.”

Kasey posted her creation on the Kmart Mums facebook group and she was flooded with approving comments.

Kasey answers: “I just have them upside down, I’m just happy they make it to the done side, although I hadn’t even thought of writing it on the back the other way as some clever mums have suggested, complete mum brain moment for me.”

Another asked: “Do the kids move each other’s pegs around to tease each other? We have used systems like this before and they wind each other up and move them around etc, or do you have a successful reward system?”

Kasey responded: “They don’t, well haven’t yet haha. We’ve been using this system on and off for nearly a year and it works well for us, they know everyone has to finish the morning jobs before screen time and again in the afternoon, the only thing that gets missed some times is the 10 minute tidy, but if I help them manage it, everything gets done and the house isn’t as chaotic.”

I’m now using a similar chart and my kids are actually enjoy doing their chores. There’s even a bit of a competitive spirit as to who can move all their pegs the quickest – love it!

Do you have a successful chore chart that you are using? Tell us about it in the comments below.