Article We Reveal How To Get A BIG Discount On A Woolies Roast Chicken! 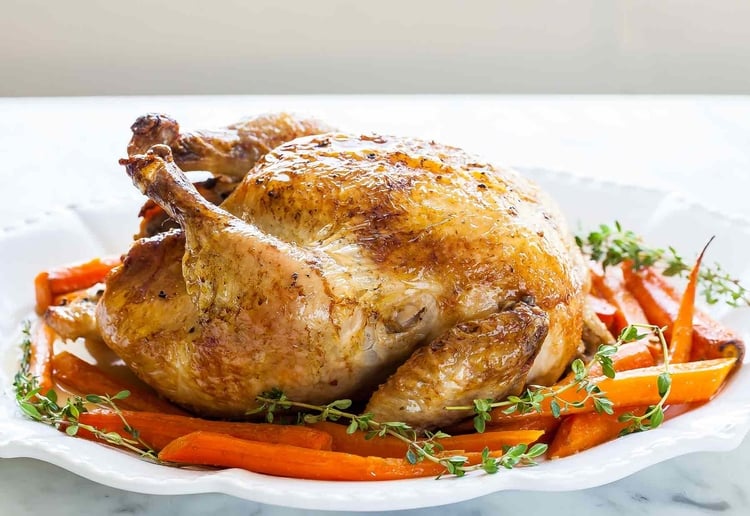 Coles and Woolies are locked in a battle and it seems Aussie customers are reaping the benefits! Coles has been offering customers their next roast chicken free if they run out of stock, but Woolies has taken it to the next level, with some shoppers saving well over 50% thanks to a little known rule…

Supermarket policy states that roast chickens displayed for more than four hours are required to be discounted, sometimes by as much as 50%. A savvy shopper noticed that her chook met the criteria, and after sharing her experience on Facebook, the comments revealed some other clever customers had also discovered the hack. “I had $2 taken off mine a while back because I asked,” one commenter said. “I got two BBQ chickens for $1.80 each tonight!” said another.

It appears that Woolworths doesn’t mind letting shoppers in on the secret either. “Like any food retailer, we work hard to minimise our stock loss with better processes in our stores,” a spokesperson for Woolies said. “We work hard to stock the right volume of products to meet customer demand, while also reducing the potential for waste.” It’s important to note that the discount is at the discretion of the store manager so may vary from store to store!

For those who have always wondered how Woolies make their roast chickens, one staff member has given The Daily Mail an inside scoop. The chickens are received raw and pre-stuffed from the suppliers before being covered in pre-packaged seasoning by store staff and then placed in a rotisserie oven. They are cooked at 180C for an hour and 15 minutes and then placed on the self-service tray where they are constantly heated for up to three and a half hours at between 60C and 80C. The Woolies staff member said that 11 am and 7 pm are the best times to visit the store if you’re hoping to get a discount on your chook, between three and four hours after they are put on display.

Even though there is no guarantee that every store will honour the roast chicken discount, you’ll never know if you never ask! We think it’s definitely worth a try.

Do you buy your roast chicken from Woolies or Coles? Tell us in the comments!