Article We’d be cheering too if we were Josh Duhamel 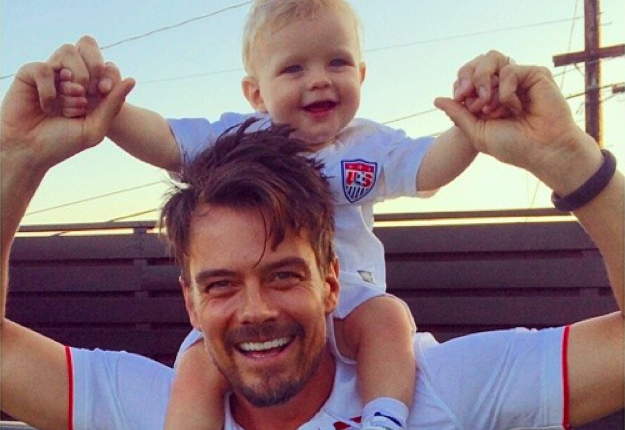 A bub taking their first steps is a milestone every parent looks forward to.

The mum-of-one revealed to Us Weekly “He had his first steps on August 12th. I was shocked! He climbed up the stairs and he climbed back down”

“I was helping him back down”, she continued, “and he got up the stairs and he [stretched out his arms] and came to me! It was exhilarating! I just thought, ‘Did my son just walk?'”

Unfortunately her husband, actor Josh Duhamel, missed the momentous occasion with Fergie explaining “He was at work. I felt so bad! But you know, we’re both working parents so each of us are going to get different gifts.”

The couple married in 2009 and make a special effort to spend one-on-one time together.

“We’ll have a date night and we’ll say goodbye to Axl and we’ll go on a date [and] we don’t decide where we’re going out to dinner,” the singer revealed.

“We’ll just kind of drive around, maybe we’ll go have a drink at some new place…see whatever piques our curiosity. Sometimes we’ll go to a dive bar, we’ll play darts … whatever is of the moment!”

The couple is due to celebrate Axl’s first birthday later this month and Josh has already started reading to his little one, posting on Instagram:

It’s never too early to read to your kids. @jumpstartkids#readfortherecord

When did your bub take their first steps? Were both parents there to see the milestone?