Article What is your first thought at seeing a big blown up boob? 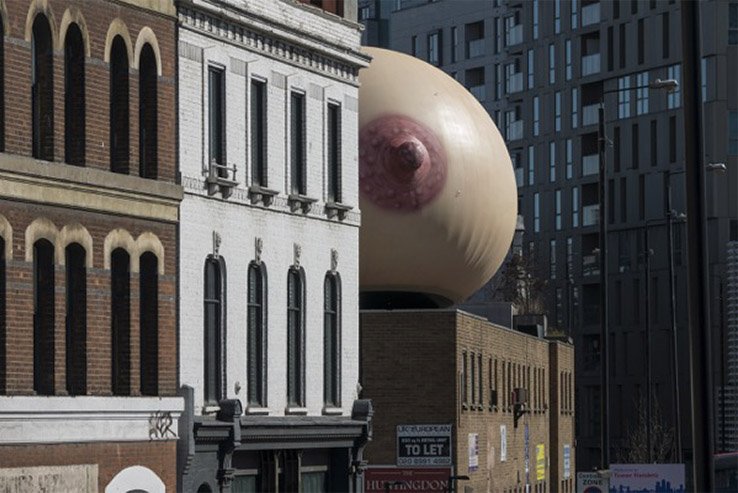 Is this the best way to promote breastfeeding? The big boob appeared in the streets of London on UK Mother’s Day. It is meant to spark conversations about a woman’s right to breastfeed. But did it?

The UK sadly has the lowest rate of breastfeeding in the world. A recent Public Health England (PHE) survey found that women are avoiding breastfeeding because they are embarrassed.

The organisers behind the campaign are a London agency, Mother London. They explained the big boob was flying the flag for shame-free, guilt-free feeding choices, for all women.

“It’s hard to believe that in 2017, UK mothers still feel watched and judged when feeding in public, by bottle or breast.”

“This is a celebration of every woman’s right to decide how and where they feed their children without feeling guilty or embarrassed about their parenting choices,” a rep from Mother London explained, tagging their update #FreeTheFeed.”

In case you missed it. Yesterday was #MothersDay.

Does this shout breastfeeding rights to you?