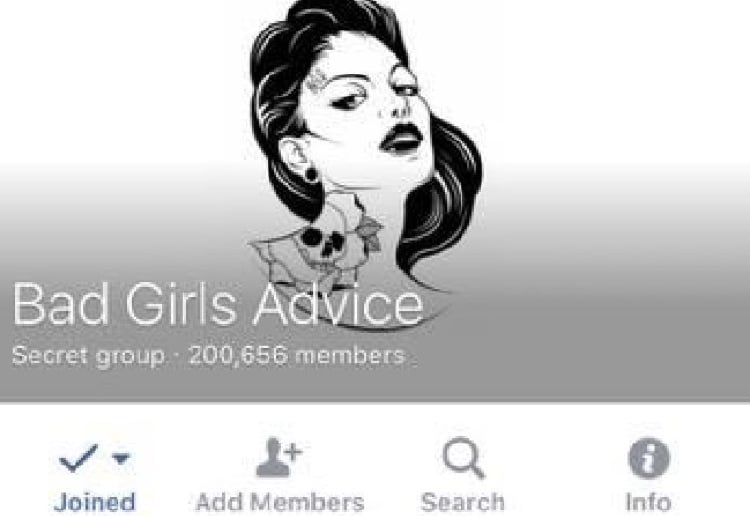 It soon earned a very controversial reputation with its graphic sexual conversations as well as nude images and a tendency to celebrate violence against men.

Over the years, BGA has been banned after numerous complaints were made against the group, but then it popped again a little while later.

The group hit the news last year after BGA was shut down for publishing content that defended a young woman engaging in bestiality regularly with her dog.

“A lot of the women in the group were rightfully disgusted and said so. They were then berated by other members for ‘kink shaming’ and not following the golden ‘scroll on’ rule,” as reported in news.com.au.

After a while BGA was reinstated by Facebook, who supported their decision saying:

“A group will only be removed where the majority of the posts in the group violate our Community Standards. If only a small number of posts in a group violate our policies, then those specific posts will be removed and not the entire group,” a spokeswoman told the publication at the time. 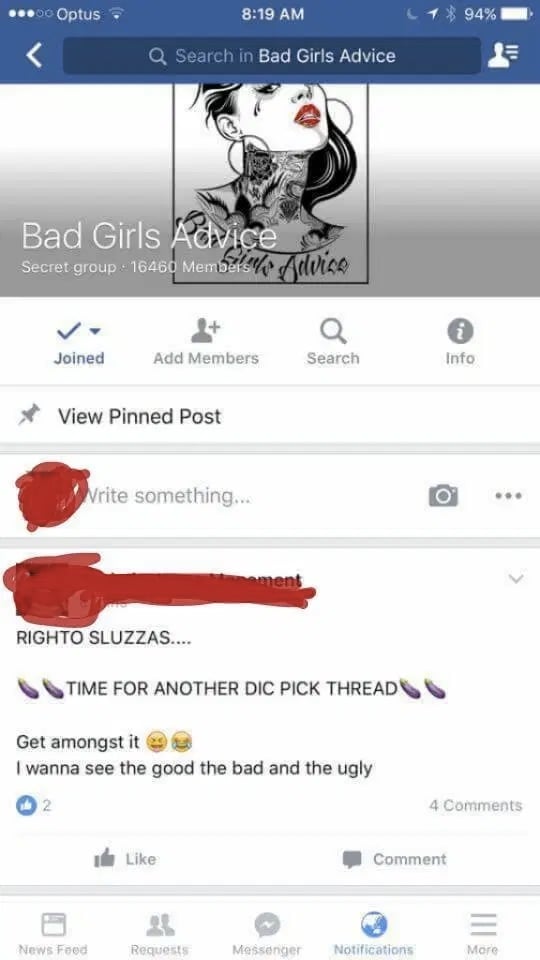 The group was started in June 2016 by Brisbane mum Amy and two others. The group promoted itself as being a safe place for women to express themselves. The most important rules of BGA are ‘no bitching’, ‘no negativity’ and ‘no screenshots’.

BGA also has rules against underage members joining the group and posts about paedophilia are a no-go. But other than that, members are encouraged to go wild and post whatever they want. In fact, ABC reports that rule 6 of the ’10 Bad Girls Commandments’ posted by Amy last year said: “If you don’t want to see nudity, illegal shit, and brutal language, remove yourself from the group, vanilla princess.”

Now the group, with over 200,000 members, has established a new exclusive group on MeWe — a website described as “the next-gen social network”, as reported on news.com.au.

However, the joining requirements are stringent and potential members need to share personal details before being approved.

“In order to be added they must have the licence or any photo identification as their cover photo on their profiles. A lot of girls are not crossing out their licence numbers,” an anonymous source told news.com.au. 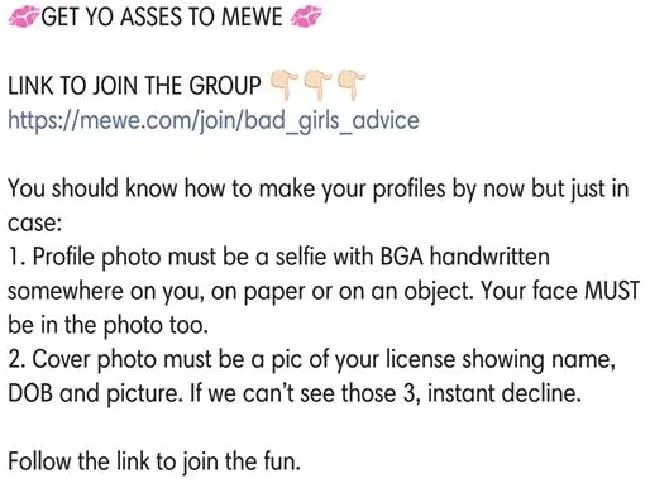 The new home for BGA will be a platform for the group to share explicit content that would normally violate Facebook’s community standards.

The plan is to move the whole group over to the MeWe platform.

“I can confirm they have plans and intentions to transfer all content and activity to the MeWe, leaving the Facebook group as just a backup for admin updates, should it be required,” a source said.

However, it seems that members are keen to keep both the groups on Facebook and MeWe. But those that are opposing the move to MeWe are allegedly getting slammed.

“Members of the Facebook page have also been put down and abused because they have voiced that they don’t want to move to MeWe because Facebook is more convenient,” a source explained.

Those in the know have reported that the group has very recently been shut down for good by its owner. Although who knows where it may pop up next? Many are disappointed to see it go, saying that it was a supportive group for women, while others say that it’s about time the group disappears.

Should a group like BGA be allowed to exist? Would you join if you could? Tell us in the comments below.