Article What’s On At The Movies These April Holidays 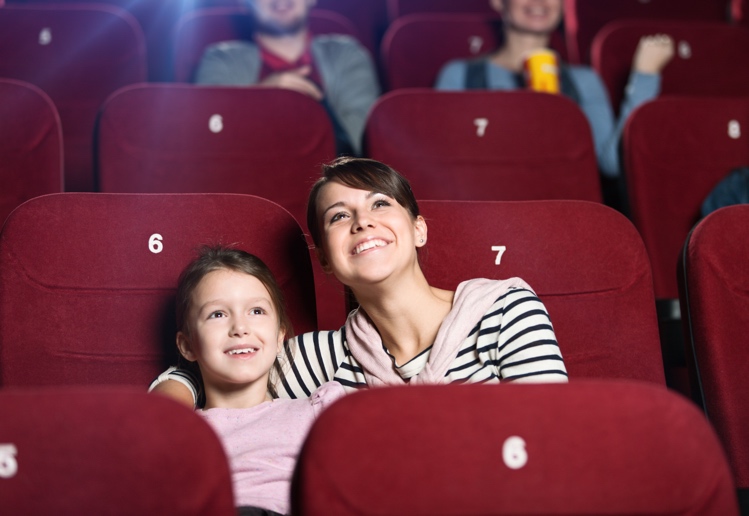 We LOVE going to the movies and these April holidays, the big screen will be welcoming some mega-blockbusters especially for kids.

Plus at select Event Cinemas, there’ll be FREE art&craft activities to make going to the movies even more fun.

Kids can show off their creative talent in the Peter Rabbit colour in competition and get the chance to win an epic Peter Rabbit prize pack!

Budding green thumbs can have a hand at creating their own Sherlock Gnomes out of paper in an exciting craft-meets-garden activity.

PLUS there’ll be a special, chocolate-laden Easter Egg Hunt taking place at each first session of the day of Peter Rabbit, Early Man and Sherlock Homes on the Easter weekend.

Release Date: 22 March
Rating: PG
Peter Rabbit makes the jump from beloved storybook character to the big screen in this irreverent, contemporary comedy with attitude. Peter’s feud with Mr. McGregor (Domhnall Gleeson) escalates over both the vegetable treasure in McGregor’s forbidden garden and their rivalry for the affections of the warm-hearted animal lover who lives next door (Rose Byrne). James Corden voices the character of Peter delivering a delightfully entertaining mix of mischief, adventurous spirit, and charm, with Margot Robbie, Elizabeth Debicki, and Daisy Ridley performing the voice roles of the triplets, Flopsy, Mopsy, and Cotton-tail.

Release Date: 29 March (QLD) & 5 April (all other states)
Rating: CTC
The beloved garden gnomes from GNOMEO AND JULIET are back for a whole new adventure in London. When Gnomeo and Juliet first arrive in the city with their friends and family, their biggest concern is getting their new garden ready for spring. However, they soon discover that someone is kidnapping garden gnomes all over London. When Gnomeo and Juliet return home to find that everyone in their garden is missing – there’s only one gnome to call… SHERLOCK GNOMES. The famous detective and sworn protector of London’s garden gnomes arrive with his sidekick Watson to investigate the case. The mystery will lead our gnomes on a rollicking adventure where they will meet all new ornaments and explore an undiscovered side of the city. This action-packed sequel features the voices of returning cast, James McAvoy, Emily Blunt, Michael Caine, Maggie Smith, Stephen Merchant and Ozzy Osbourne, plus Johnny Depp as Sherlock Gnomes, Chiwetel Ejiofor as Watson and Mary J. Blige as Irene.

Release Date: 29 March (QLD) & 12 April (all other states)
Rating: CTC
Set at the dawn of time, when prehistoric creatures and woolly mammoths roamed the earth, Early Man tells the story of Dug, along with sidekick Hognob as they unite his tribe against a mighty enemy Lord Nooth and his Bronze Age City to save their home.

A WRINKLE IN TIME

Release Date: 29 March
Rating: PG
From visionary director Ava DuVernay comes Disney’s “A Wrinkle in Time,” an epic adventure based on Madeleine L’Engle’s timeless classic which takes audiences across dimensions of time and space, examining the nature of darkness versus light and, ultimately, the triumph of love. Through one girl’s transformative journey led by three celestial guides, we discover that strength comes from embracing one’s individuality and that the best way to triumph over fear is to travel by one’s own light.

Release Date: 29 March
Rating: M
When the creator of a virtual reality world called the OASIS dies, he releases a video in which he challenges all OASIS users to find his Easter Egg, which will give the finder his fortune. Wade Watts finds the first clue and starts a race for the Egg.

Take advantage of Cinebuzz Family Pricing where Cinebuzz Members can see Peter Rabbit, Sherlock Gnomes, Early Man, or A Wrinkle In Time for $11 on all sessions before 5pm daily.