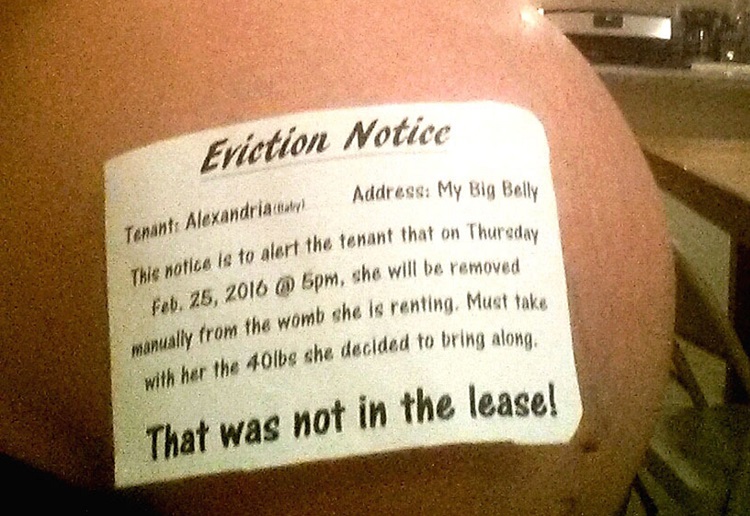 Mum admits “I always said I wouldn’t mind being pregnant again. I just didn’t want to take the baby home.”

Marcie Goldfarb, from California, who is mum to Hunter, now seven, and three-year-old Presley, knew she didn’t have the patience or money to have another baby, but she longed to be pregnant again, reports The Sun.

The 38-year-old decided to look into surrogacy and ended up carrying a baby girl for a gay couple she’d never met.

“I always said I wouldn’t mind being pregnant again. I just didn’t want to take the baby home after I’d had two kids already,” she explained.

“I had a lot of friends having a hard time getting pregnant and I never struggled, so I just thought it would be great to help somebody.”

In 2013 she was approached by a friend who knew a gay couple looking to have a child.

She was immediately excited by the offer and with her support from her husband Chris, 39, she met up with the pair and decided to help them.

After agreeing to be a surrogate, she had to complete all the necessary paperwork and attend medical check-ups, including ultrasounds to ensure her ovaries and uterus were healthy.

“Whenever it moved it was exciting, but for me it was not like my own babies. There was definitely a separation; I looked at it a bit like a science experiment.

“When it’s your own, you’re thinking, ‘Oh, look at their hands and feet.’ But, this time, I was asking technical questions, so it was a different experience to my own.

“And obviously this time, we were not preparing baby stuff at home.” 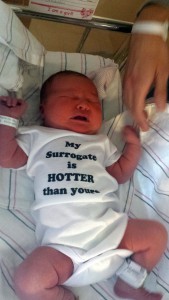 “It was not hard for me to give the baby up, I knew she wasn’t mine,” she said. “Watching her dads with her was amazing. They’re going to have her call me Auntie Marcie.”

Such an amazing woman. I love these stories!