Article Which ‘Felicity’ Star Is Expecting? 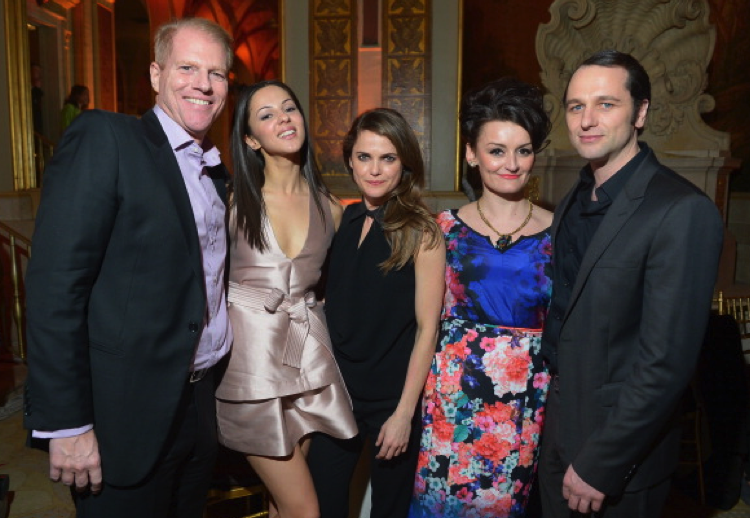 The Americans co-stars Keri Russell and Matthew Rhys are reportedly expecting their first baby together.

The couple began dating on the set of their spy drama.

“Keri is more than four months along,’ a source told Us Weekly, adding: ‘It’s so exciting for them.”

Keri, the former star of the hit tv show, ‘Felicity’ has a daughter, Willa, 4, and son River, 8, from marriage to ex-husband Shane Deary, which ended in 2013 after almost seven years.

The co-stars confirmed they were dating in April, 2014 after being seen together at a play in Manhattan.

‘The Americans’ series sees Keri and Matthew play married Russian spies living in 1980s Washington in their critically-acclaimed show.  The series is currently filming season four in Brooklyn.  Keri and Matthew are seen regularly out and about Keri’s children in New York City.