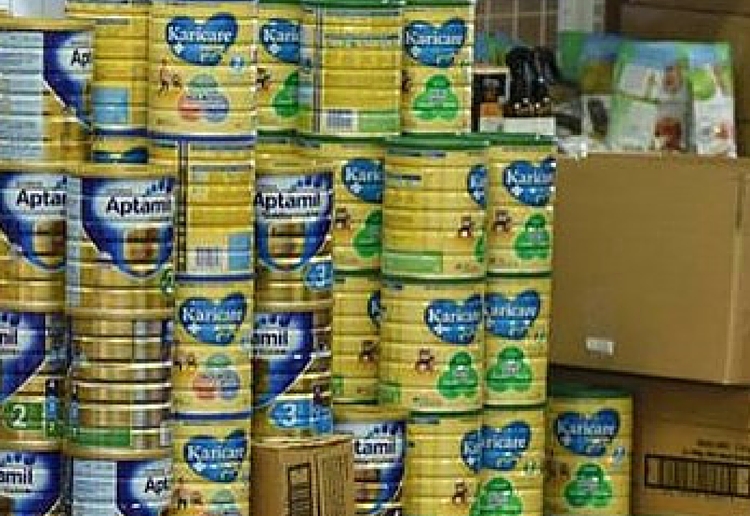 The ongoing saga of baby formula being exported to China has taken one more step into the bizarre.

According to News.com.au, a travel agency in Melbourne is now exporting massive amounts of baby formula to the country that is desperately buying Australian baby formula in bulk.

The travel agency involved, A&A Travel denies having involvement in the exportation of the product and says that they sublet part of the building to a freight company.  A woman from the agency said she could not confirm which company was exporting the much sought after goods.

The Herald Sun reports boxes of formula were being exported from the travel agency, which is in proximity to a supermarket that is rationing tins for parents.

The manager of the Glen Waverley travel agency told the Herald Sun customers would drop off boxes of baby formula at the office and it was then transported overseas.

A spokesman for A & A Travel told the Herald Sun, “I don’t want it to seem like we have a relationship with this other shop … (we are) totally different,” he told the newspaper.

There is no suggestion the travel agent or the freight company are engaged in illegal activity, the Herald Sun reports.  Exporting small amounts of baby formula is legal.

China’s demand for Australian infant formula has skyrocketed since 2008, when melamine contamination killed six babies and made 300,000 ill.  As a result of the demand, major Australian supermarkets have limits on the amount of baby formula that can be purchased.  Pallet loads of baby formula being exported are still being reported regularly, with some tins on Ebay being sold for $110 per tin.