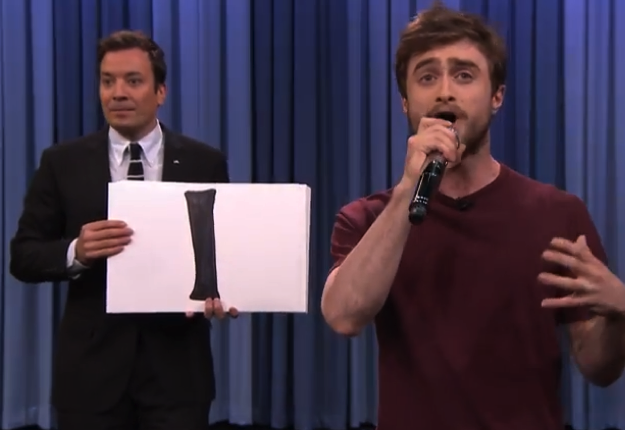 We all knew he could act, but Daniel Radcliffe has just added ‘rapping superstar’ to his resume.

Appearing on The Tonight Show Starring Jimmy Fallon on Tuesday, the Harry Potter star has proven he might just be a wizard after all, bringing the house down with his rendition of Blackalicious’ “Alphabet Olympics.”

The 25-year-old revealed that learning the lyrics to rap songs was a passion of his, sharing that the first song he learned was Eminem’s hit, Slim Shady.

“I’ve always had an obsession with memorising complicated and intricate fast songs. It’s a disease.”

Check out Daniel’s incredible rapping skills in the video below:

Do you have a hidden talent? We’d love to know what it is!