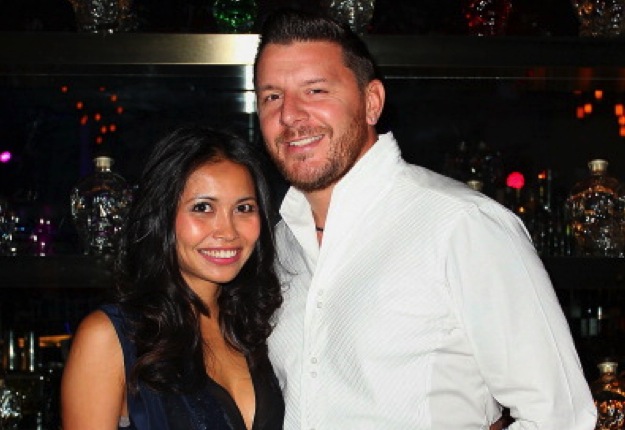 Spend an afternoon in the kitchen with Manu Feildel and you’ll leave feeling warm and fuzzy all over!

It’s hard to say why you feel so good exactly but I’ve come to the conclusion it’s no one thing.  Take your pick from his infectious personality, the fact that he chats to you as though you’re a friend who’s dropped in for a glass of wine or the fact that he’s all about delicious meals that aren’t going to break your back or your budget.

Well they’re my top 3 picks but what a fun time we had when Campbells invited me to come and cook up a soup storm with Manu using their new range; Campbell’s Real Soup Bases.

While we cooked, we chatted (we had idle moments when the chorizo was sizzling and the Real Soup Base was coming to the boil) about life, love, his precious addition baby Charlee and of course how he developed his passion for food.

Manu has a love of food that’s been there since he was a little boy.

You can see it, you can feel it and when Manu starts whipping up a recipe, you start to feel as passionate about what you’re creating as he does (lol just look at me in the video – you’d think I was auditioning for a cooking show but I couldn’t help it I was so excited)!

Knowing his Father and Grandfather had both trained and worked as chefs, I assumed that this was the source of his passion.

On the contrary, Manu’s Mother was where his love of cooking began. “My Mother was my biggest influence; she was always in the kitchen and we were in there with her. Coming from a middle class family, she was great at making a meal out of almost anything and making that meal go a long way”.

Manu shared that his Mother would have him helping out anytime he was with her in the kitchen.  “It was such a warm, inviting place that I just wanted to be there.  Sure my Father and Grandfather were great chefs but Mum made me love it [cooking]. She was the one who cooked for the family and I will always have fond memories of those days”.

So who’s ruling the kitchen at your house these days Manu?

Manu shared that Clarissa (his partner although we think there may have been a very private wedding a while back) comes from a Malaysian/Chinese/Sri Lankan background and from what Manu says, she is just as passionate about food as he is. So it’s a match made in heaven.

And as we all know when there’s a new baby in the house, sometimes dinner just has to be whatever there is made by whoever is free!

Manu did say that family get togethers are a wonderful time; everyone cooking, laughing and of course doting over their newest arrival.

“Oh it’s a crazy time but full of love! We’ve just been on a big trip that was Charlee’s first where we went to Europe to show her off to the family”.

I met with Manu a few weeks back so Charlee at that time was just 4 months old.

And how is Charlee settling in?

“She is beautiful (of course) and we love her so much. She’s had some reflux so we’ve had to change the way we give her feeds. We have a little evening routine of giving her the first half of her feed, then I give her a bath and then she has the second half of her feed”.

The routine must be working a charm because she’s happily tucked up in bed by the time Manu and Clarissa sit down to dinner.  Well done guys!

Thank you Campbells; I got to cook with Manu!

I also discovered an exciting new range – Campbell’s Real Soup Bases.  I used to cook all my soups from scratch and this often involved the slow cooker or having a stockpot on the stovetop for hours.  All good when you’ve got the time, but hopeless when you’re in a rush and just want a hearty meal on the table in less than 30 minutes.

I took home a goody bag (lucky me) that included each flavour in the Campbell’s Real Soup Base range; Italian, Asian and Moroccan.

I used the Asian one just the other night to much applause from the big and little people in the family.  I didn’t follow a recipe – I didn’t need to as all the flavours were taken care of with the Real Soup Base.  All I did was throw in some pork mince meatballs and a pile of vegetables. So Easy. So Quick. And a genuine meal for a family of 5. 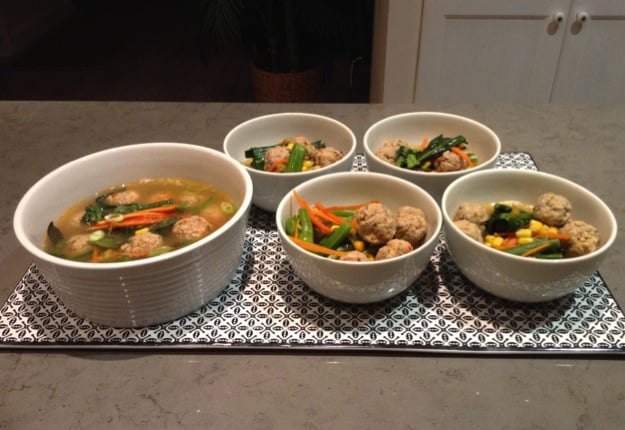 If you would like some recipes, there are loads over on the Campbell’s Real Soup Base website.  Here’s my favourites: 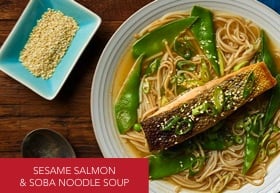 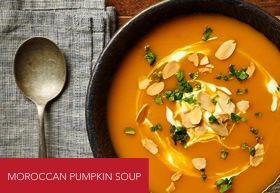 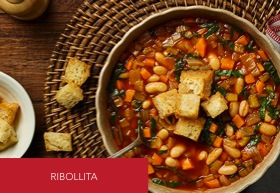 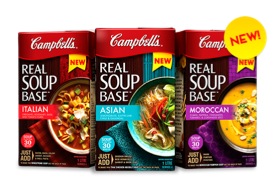 How do you like your soup? Have you tried Campbell’s Real Soup Bases yet?