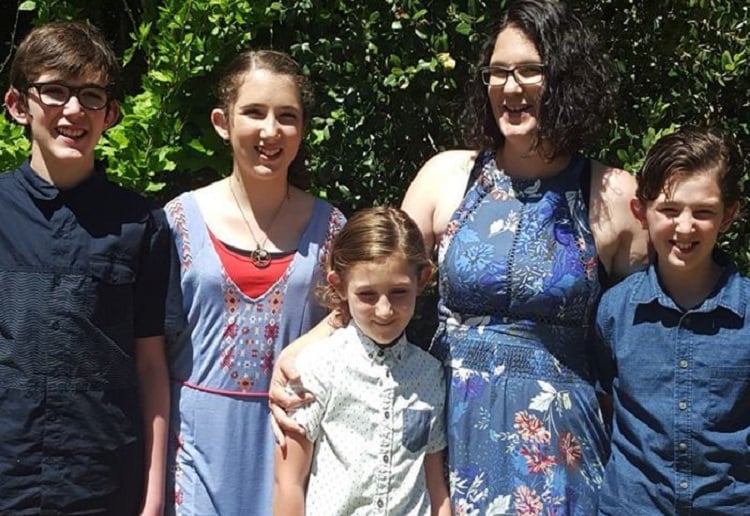 Police continued to piece together what drove Grandfather, Peter Miles, to shoot dead his wife Cynda, daughter Katrina and children Taye, 13, Rylan, 12, Ayre, 10, and 8-year-old Kayden on their Osmington Road property near the West Australian holiday town of Margaret River.

Ex husband, and father, Aaron Cockman bared his soul to the media just 48 hours after his world was torn apart, reports ABC news.

The grieving father was certain the 61-year-old murdered his family before taking his own life, and believed it was his own heartbreak over the plight of two of his children that culminated in the explosive act of violence.

Was this a grandfather’s breaking point?

Mr Cockman said Mr Miles had struggled for years to recover from the shock after one of his sons took his own life.

He said when he recently learnt another of his sons was seriously ill with kidney problems, it tipped him over the edge.
Mystery of the Miles family

“Peter has been just trying to hold it together for a long time,” Mr Cockman said.

“I thought, ‘There’s no way possible he could lose another son, he’ll kill himself’.

“But I thought, ‘No he won’t do that either because he’s so close to my kids that he would not leave the kids upset for the rest of their lives about it’.”

Mr Cockman said that through Mr Miles’s emotional turmoil, the slaying of his family may have emerged in his mind as a way to “fix” his pain.

“He’s thought this through, he’s not snapped,” he said.

“He’s just gone, ‘Right, I can’t kill myself, I can’t live any more, so this is it for me, but I need to take out everyone with me because that will fix the whole problem’.”

Mr Cockman said he no longer felt angry, just incredibly sad for his four young children who would no longer have a chance to live out the hopes and dreams he held for them.

Still very much in shock, he said the true loss of his four young children was still yet to sink in.

Seven people including four children and three adults have been found dead at a home in Margaret River in Western Australia.

Police sources have confirmed the deaths appear to be  a murder suicide.

Two adults were found outside the house and the other five bodies were discovered inside.

WA Police have shared, Homicide Squad detectives are investigating the circumstances surrounding the death of seven people in Osmington, near Margaret River.

About 5:15am this morning, Friday 11 May 2018, Police were called to a residence in Osmington (near Margaret River).

Specialist units from Perth, including the Homicide Squad and Forensic Crime Scene Unit, have deployed to the scene. Police are expected to remain at the residence for an extended period of time.

Two firearms were located at the scene.