Article Why pregnant teens are taking up smoking 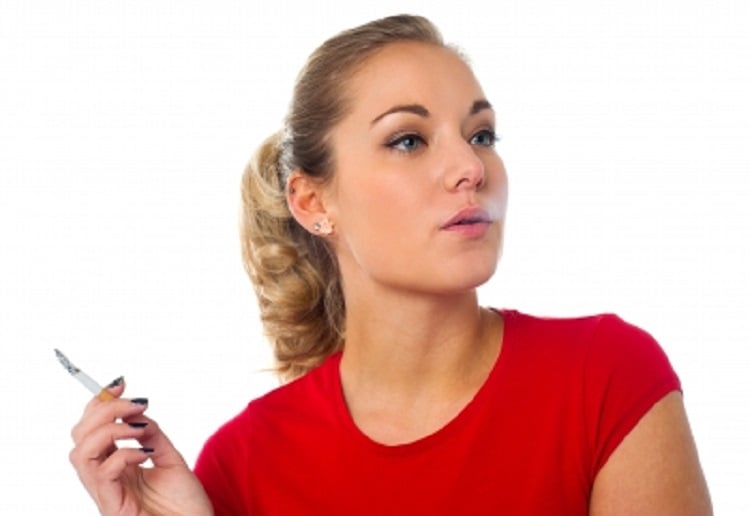 Study reveals teens smoke to reduce the likelihood of giving birth to a large child.

A 10-year Australian study revealed pregnant teens are more concerned about giving birth to a large child than the health risks involved to baby cigarettes can cause.

Associate Professor Simone Dennis, of the Australian National University, told the Daily Telegraph she was stunned to learn teen girls took a cue from warnings on cigarette packets that say smoking could cause small babies.

“They had read on packets that smoking can reduce the birth weight of your baby, which is obviously not how the public health message is intended to be taken,” she said. 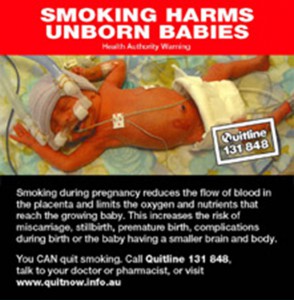 “They were scared because they were small. The worst thing that could happen to them was to have an enormous baby.

“Some were young, 16 or 17 years, and their overriding fear was ‘Oh my God, I’m going to have an enormous child’, so they were actively using cigarettes to medicate against that.”

The research showed some pregnant girls had taken up smoking specifically for pregnancy, while others smoked more regularly, Assoc Prof Dennis said.

“If you smoked more, you could make it better. I was really struck by that.”

We recently shared news that a new study has discovered an association between a mother’s smoking and an increased risk of her child developing schizophrenia.

RISKS of smoking during pregnancy

Some of the many damaging effects of cigarette smoke on the fetus include: via Better Health
•reduced oxygen supply due to carbon monoxide and nicotine
•retarded growth and development
•increased risk of cleft lip and cleft palate
•decreased fetal movements in the womb for at least an hour after smoking one cigarette
•impaired development and working of the placenta
•changes in the baby’s brain and lungs.