Article Why This Heartbreaking Photo Has Angered Us ALL! 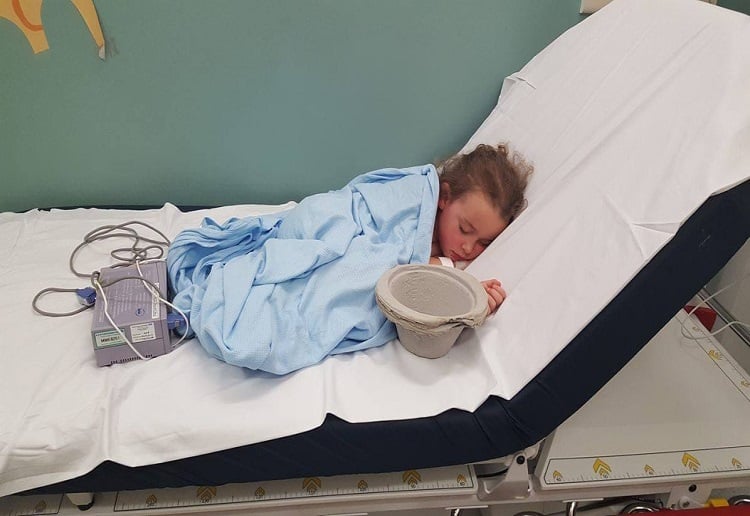 A Mother’s heartbreaking Facebook post detailing her daughter’s suffering at the hands of bullies has gone viral.

Carrie Golledge, from Tiverton, Devon, posted the gut-wrenching message on her Facebook page, accompanied by a picture of her daughter Sophia in a hospital bed, shares The Sun.

“This is what bullying does,” she wrote in her post which has gone viral and has now been shared over 218,000 times. “This is my six-year-old daughter, hospitalised, due to bullying.

“This is my child with such a caring heart that despite being so ill ‘doesn’t want anyone to get in trouble’.

“This is my child who has stopped eating, has cried herself to sleep, had anxiety so severe she’s up sick over 20 times in an hour through the night…

“This is my child who when addressing the issues with her school we were told ‘It’s just six-year-olds being six-year-olds’.”

She continued: “This is my child who is one of too many that are going through this…

“This is my child who doesn’t want this to happen to anyone else. So this is my child’s story we are sharing but she is one of many….too many!

In a follow up post Carrie shared, “Wow…just…wow. I cannot believe the hundreds of messages that are filling my inbox in support of Sophia and even more I cannot believe how many others are going through all of this at such a young age. 46k shares and counting!

“This is becoming so much bigger than I imagined and is not just for Sophia but every one who has gone through this and every one who is too scared to tell their story.”