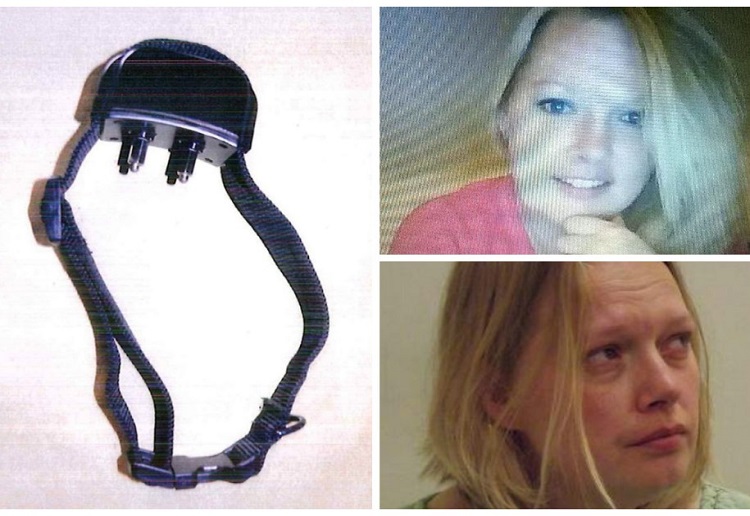 Mother jailed for three years after torturing a toddler over a period of 15 months.

Lanna Monaghan, 34, admitted putting an electric collar on the boy more than once in July 2015.

Glasgow’s High Court also heard she forced the child to take icy showers, bit him, kicked him, and repeatedly beat with a wooden spoon, once so hard the implement snapped.

The horrific abuse took place from April 2015 to July 2015 and only ended when a family member reporter Monaghan to the authorities.

“You have pleaded guilty to a catalogue of offences over the period of 15 months involving the physical abuse of a defenceless little boy who was aged two to three,” judge Lady Rae told Managhan, who wept throughout her sentencing hearing.

“He did not suffer lasting physical effects, but it is impossible to determine what the emotional impact on this little boy will be in the future.

“This defenceless little boy must have been terrified of you. You should be thankful that you were eventually reported for what you were doing.”

Monaghan told police: “I am truly sorry for what happened, I can’t believe it happened.”

She claimed the child “pushes my buttons, spitting on me, peeing on the floor and being sick on the floor”.

Defence counsel Ronnie Renucci told the court that Monaghan has been diagnosed with borderline personality disorder.

Mr Renucci added: “She said she felt pressurised, but accepts she had a decision to make. She could have made a decision not to act in the way she did.

“She has expressed genuine remorse and regret at her actions, not only for herself, but also the impact it has had on the child.She gets very emotional about that.”

The court was told that, but for her early plea of guilty, Monaghan would have been jailed for five years.

Image via The Press Journal