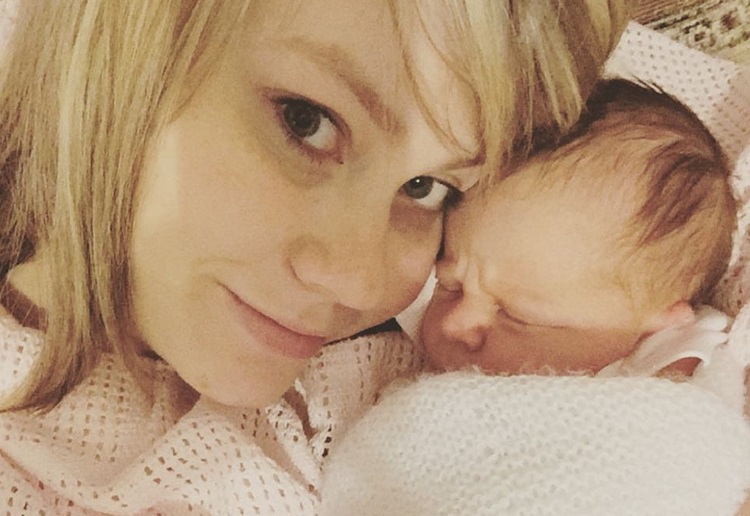 A WOMAN who didn’t know she was pregnant gave birth to a baby girl in hospital after being told she was just constipated.

Something strange seems to be going on in the UK. This is the second young woman we have reported on recently that was diagnosed with “constipation” only to find out later they were actually pregnant.  That is a pretty HUGE mix-up people. Come on doctors!

Last week we shared the story of Charlotte Bryant, 20, who said she was misdiagnosed by three different GPs after suffering from constant backache.

Charlotte from Cardiff, Wales was sent home with a big box of laxatives to treat her suspected constipation, but later felt a sudden urge to go to the toilet and was shocked to discover she was actually in labour. Read her story here.

Today, The Sun has shared a similar story, Esther Hope, 23, was told by doctors her abdominal cramps and back pain were nothing more than bad bowels, for which she was given laxatives. 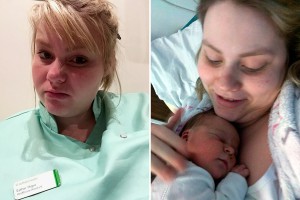 After the pain increased Ms Hope went back to the hospital, where a consultant maintained the constipation diagnosis, saying “it was just her body getting ready to go to the toilet.”

Ms Hope was left alone on a trolley and 20 seconds later gave birth to her daughter Lily Hope-Moore.

When doctors returned to check on her she was found cradling her tiny baby girl.

Ms Hope said: “I knew it was a baby as soon as I realised it was coming from the wrong place.”

“I felt her head and screamed at my dad to get a nurse.”

“Within seconds of him leaving the room I delivered her.”

“I couldn’t believe she was mine. I didn’t know what to do, I was hysterical.”

Ms Hope, from Chilworth, Surrey, started getting stomach cramps back in May 2015. After  an ultrasound, she was diagnosed with Irritable Bowel Syndrome (IBS) and an inflamed liver.

But Doctors told her the weight increase was due to her bowel condition, allegedly they didn’t check to see if she could be pregnant.

“Having a baby couldn’t have been further from my mind. I’d had the contraceptive injection.”

Ms Hope said when her waters broke the consultant pointed out she was “urinating.”

She said: “He looked down and said I was urinating because my body was getting ready to go to the loo.”

“It didn’t look like wee to me, and I started to panic.”

Mother and baby are now in good health and receiving support from family and friends.

Ms Hope said: “I come from a traditional Christian family, so it was a real shock and difficult to tell my grandparents, but everyone has been brilliant and understanding.

“It’s been the best surprise ever.”

I repeat, something is very strange in the UK.
Share your comments below.