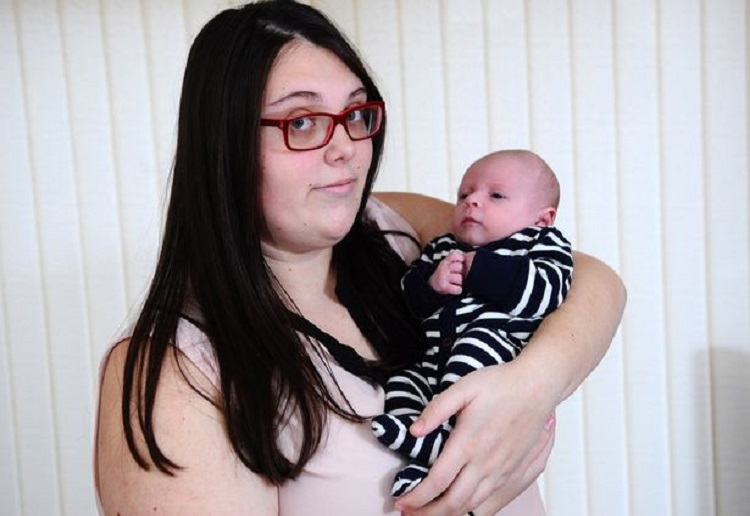 A woman who thought she was constipated gave birth on the toilet after doctors allegedly failed to notice she was pregnant.

Charlotte Bryant, who was 20 at the time, said she was misdiagnosed by three different GPs after suffering from constant backache in 2016, The Mirror reports.

Charlotte from Cardiff, Wales was sent home with a big box of laxatives to treat her suspected constipation, but later felt a sudden urge to go to the toilet.

Within seconds, she had given birth to a baby boy.

“I’d had really bad backache and I’d gone to the doctors,” said Charlotte, who works as a teaching assistant.

“I’d been diagnosed with inflamed muscles and given painkillers and Diazepman.

“Then another doctor at my surgery examined my tummy and told me I had constipation. She didn’t have any idea that I was nine months’ pregnant!

“I was prescribed with a big box of powder laxatives. I went home and took one and then a short time later, I felt an urge to go to the toilet.

“I sat on the toilet and I felt something really odd between my legs. It was like a poo but it felt like it was coming from the wrong place.

“I felt the urge to push and then as I looked down and I saw a face looking at me. It was absolutely surreal.”

Fortunately, Charlotte’s brother, Adam Bryant, 26, was also at their home in Llanederyn at the time of Joshua’s birth.

“I screamed for my brother and told him I’d had a baby,” Charlotte said.

“He told me to stop being stupid until he came downstairs and saw a baby in my arms.”

Charlotte says she wrapped her baby in a towel before calling an ambulance, which arrived at the house ten minutes later. 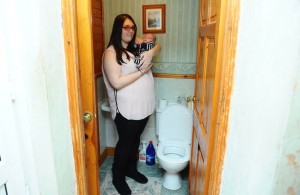 “Six paramedics came through the door. One of them cut the umbilical cord and checked us over and then we were taken straight to hospital,” she said.

“Obviously I didn’t have a thing for him – not even a packet of nappies.”

Joshua, who weighed 3.3kg, was rushed to Intensive Care at University Hospital of Wales, where he was found to be suffering from a chest infection.

After the infant was treated by doctors, Charlotte texted a photo of him to her boyfriend of two years, Daniel.

“I texted him a picture of Joshua and told him he had a son. He was in complete shock as I was,” she said.

“I really had no idea I was expecting – I’d put on a few pounds but I thought I’d been eating too much cake,” she said.

“When my back began to ache I would never have believed it was the start of labour pains.

“It’s funny the doctor thought I was constipated and gave me laxatives and hours later a baby popped out.”

“People have been so kind and brought lots of lovely things for him. He doesn’t want for anything. We all call him a little miracle – and he really is too.”

Is it wrong to say I am kind of jealous? I suffer from that very first week of pregnancy. What was the first symptom for you?