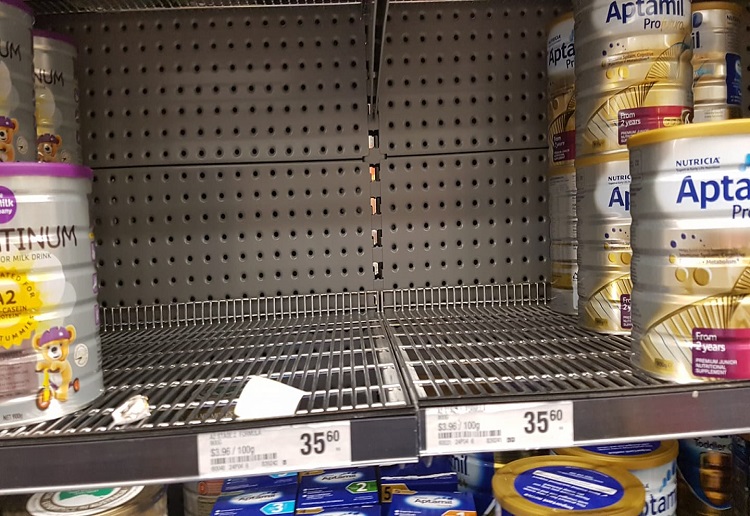 Woolworths have recently decided to lift their existing two-tin limit for baby formula.

Woolworths have reportedly this month lifted the limit to eight tins per customer.

“This is getting ridiculous…..I am now out of A2 formula for my son and have visited 7 stores. There is no increased supply, you just enjoy making more money,” a furious Ipswich mother told the store.

“This has been a constant problem since my son’s birth. Eight tins at a time is beyond a joke. How about leaving formula for people who have infants to feed?”

Another mother from Gosford found herself in the same boat, saying she has been unable to feed her infant child their regular formula, shares Yahoo news.

“After visiting various stores today, I have discovered the shelves of certain brands are being completely cleaned out once again so myself and millions of other customers once again have to lose out & not be able to feed our little ones their regular formula,” she wrote.

“To go from two to EIGHT, that’s just way too much.”

A Woolworths spokesperson said they will continue to monitor the situation following the change.

“We’ve been working closely with our suppliers and as a result of improving baby formula supply, we’re changing our formula limit from 2 to 8 tins per customer,” the spokesperson said.

“We’ll continue to closely monitor our on-shelf availability and feedback from our customers as we make this adjustment.”

Have you been struggling to purchase formula?