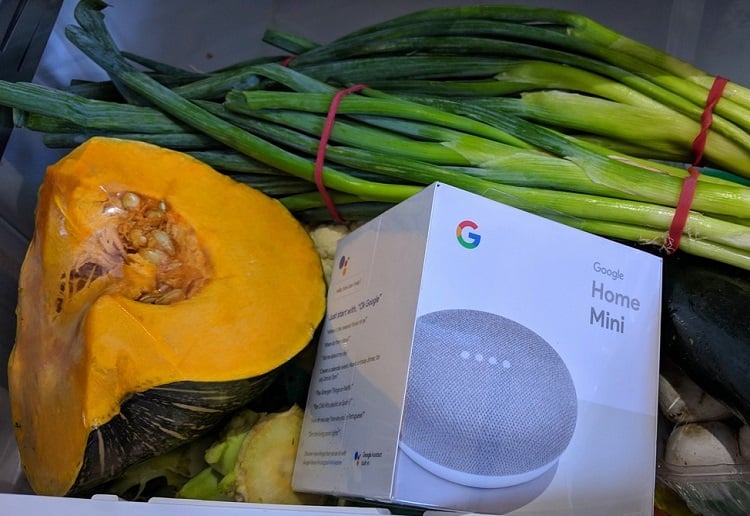 One mum shared how she received a very nice surprise in her Woolworths grocery order this week.

Sharing on the Facebook group Markdown addicts Australia the mum from NSW wrote alongside an image of her order.

“Umm so just had my groceries delivered and this was inside one of the bags… what a pleasant surprise, thanks Woolworths.”

The mum said she had no idea why she received the freebie and that she had spent $220, the same as she does every week when getting her grocery order delivered over the past 12 months. 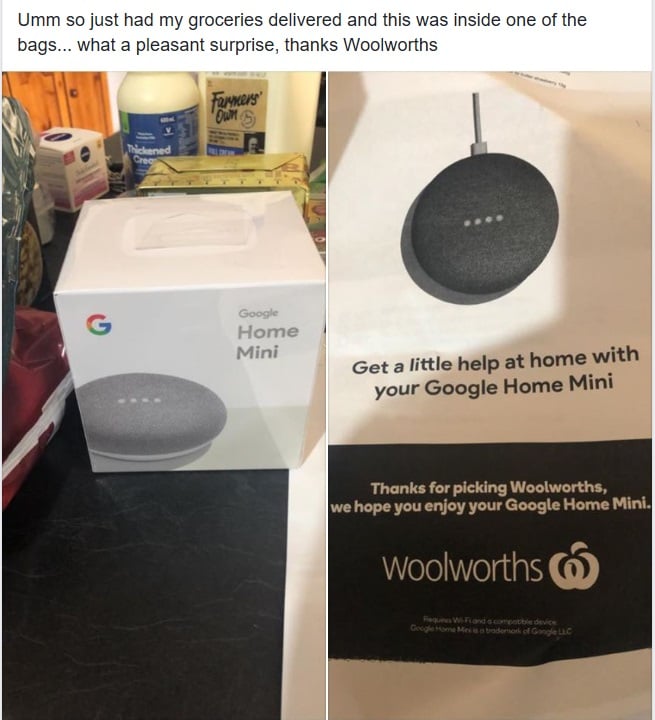 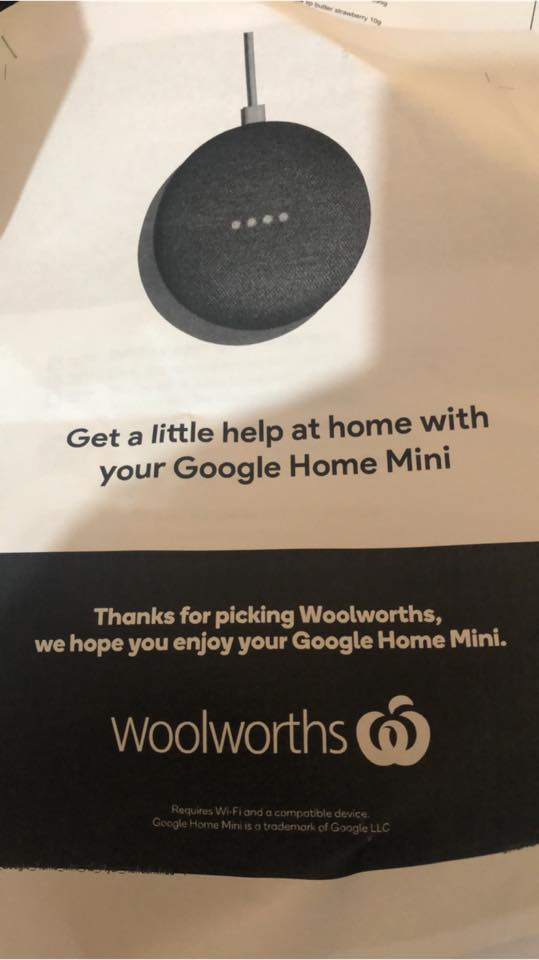 It seems the mum is not alone either!

Another mum also shared, “We got one a while ago! Felt so lucky. Still no idea why lol”

And another one said,  “Mine too! I never received an email or anything.” 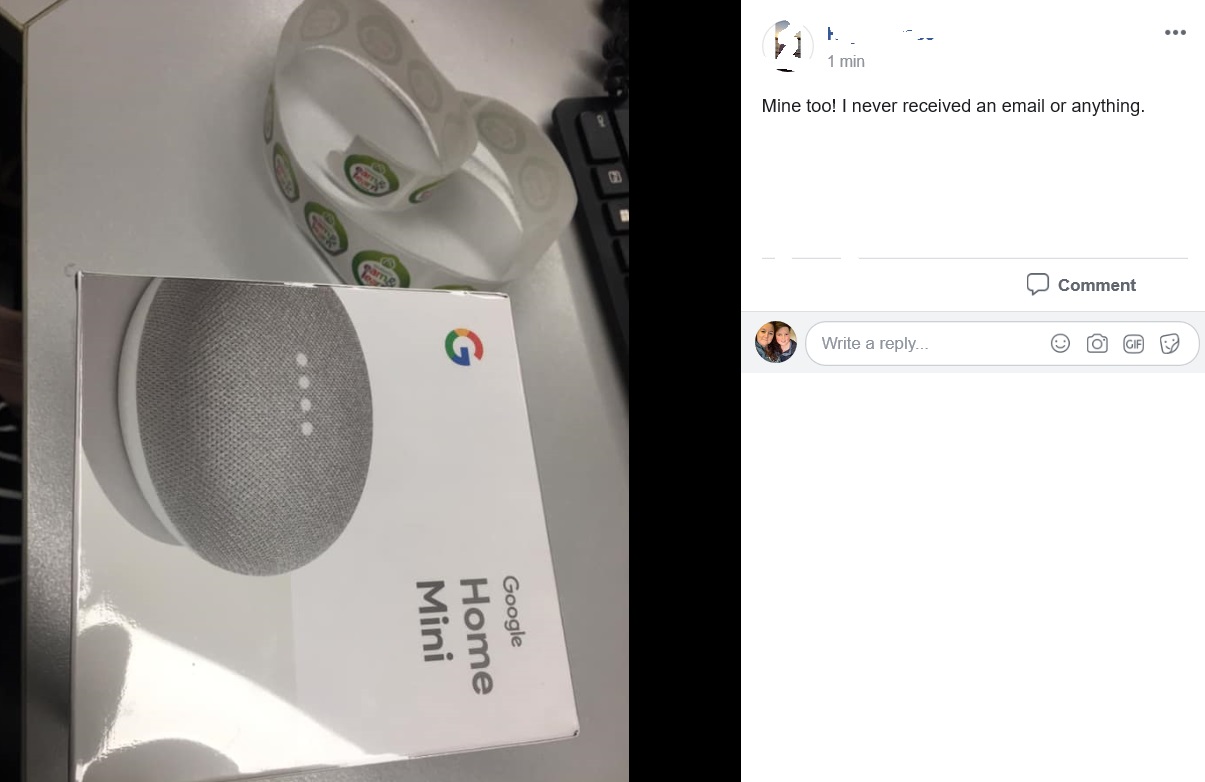 A blog post on Gizmodo also questioned the surprise delivery back in March.

Having found no explanation, the writer explained how she jumped on chat with a customer service team member to find out why.

“After explaining the situation and disclosing my profession, the rep actually had an answer…sort of.

“The Google Home Mini was apparently a “randomly generated gift from the system.”

“After some further questioning, I discovered that it was in fact the only randomly generated gift in the system.

“We’re always looking for new ways to make shopping easier and more convenient for our customers.

Last year we became the first supermarket in Australia to offer a Google Voice Action. It allows customers to add to their Woolies shopping list via voice as they think of items around the house.

To surprise and delight customers around Valentine’s Day, we’ve been sending Google Home Minis with home deliveries to some of our online customers as a gift with purchase. To get started, simply ask your Google Home Mini “Ok Google, speak to Woolies.”

But considering it is June, we are not too sure why they are still offering the freebies, but who cares, right!?

Have you been lucky enough to score a free google home in your shopping order?