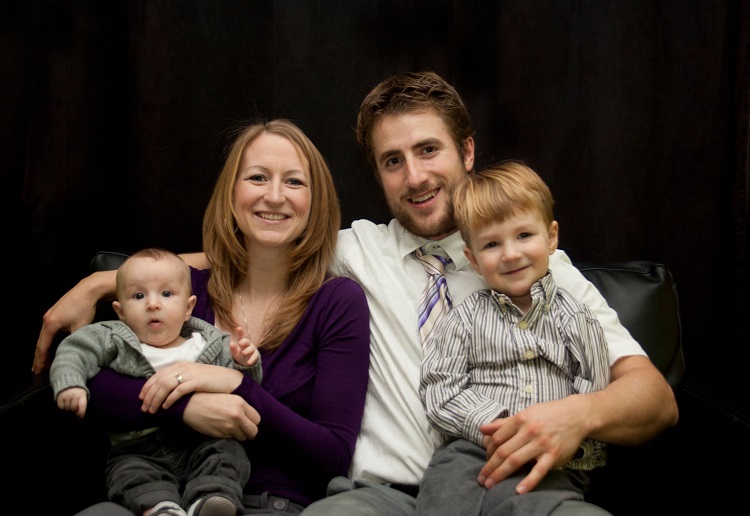 Canadian couple David Stephan, 32, and wife Collet Stephan, 35, have been sentenced after to failing to provide the necessities of life for 18-month-old Ezekiel, who died in March 2012 from meningitis.

In an update on the case it has been found that David Stephan, 33, will serve for four months in prison for his role in son Ezekiel’s death, while the boy’s mother Collet Stephan, 36, was sentenced to three months’ house arrest.

The judge said “This case was about whether parents, who failed to take a sick boy to a doctor, should be held criminally responsible. The trial was not about vaccination. This is far beyond a child who simply has the sniffles.”

“You have affected many people … your conduct has left an unerasable and chilling impact on all of us,” Jerke told the couple.

“Mr. Stephan’s post-conviction actions demonstrate a complete lack of remorse,” the judge said. “To this day he refuses to admit his actions had any impact.”

The couple are still asking people to rally in their defence, a recent FB update states -

“Thank you everyone for all your support and out pouring of love and kindness! David, Collet and the boys are ok. Collet is home with the boys, and David is in a protected cell. He is allowed out for a couple hours a day.

The media’s reporting of the story using misinformation has left David in a very vulnerable position where we worry about his safety. These boys need their father. Please keep him in your prayers and lets bring this dad home!”

Global News reported, that in his opening statement, Crown Prosecutor Clayton Giles said, “the jury needs to answer this question: at what point should the accused have taken Ezekiel to the doctor?”

“I’m not saying they killed him, abused him or ignored him—they loved him,” he said. “They didn’t take him to a doctor until it was too late—far too late.”

In the interview, Collet said about two weeks prior, her son had a runny nose, fever and was having trouble breathing. She said she looked up his symptoms online and thought it might be croup (a respiratory infection). She then began giving him as much natural product as possible. She said he started to improve for a few days, but then became weak and lethargic again. 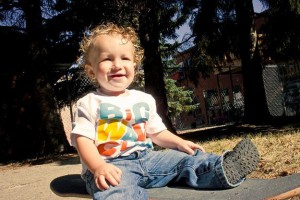 Collet said she called a registered nurse to come check his condition, who suggested it may be meningitis.

Collet said she and David visited a naturopathic doctor in Lethbridge, Canada, who gave them a treatment for possible viral meningitis, but never actually examined Ezekiel.

The treatments allegedly included maple syrup mixed with water; juice with frozen fruit; and a concoction of garlic, ginger root, and apple cider vinegar, among other things, CBC reported.

The parents say they saw improvement right away, but after a nap he woke up and didn’t seem as alert.

He quit breathing, prompting Collet to start CPR. David called 911, and the couple started to drive to meet the ambulance.

Collet said he quit breathing a few times during the drive and started to turn blue.

The couple then met the ambulance and the paramedics took over.

According to posts on the couple’s Facebook page, they believe the government is trying to “compel” people to vaccinate children “through fear of criminal prosecution.”

“The situation that Collet and I find ourselves in, is that there is an organisation that is attempting to offer our family up on the sacrificial altar of the vaccine industry,” one of the posts reads.

Catherine Hughes lost her baby boy to whooping cough last year, on her Facebook page Light for Riley she has shared her thoughts on this dreadful story.

“Ignoring evidence-based medicine, treatments and preventions (such as vaccination) and instead using products that have not been scientifically proven to work can lead to devastating consequences, as this family have experienced.

Before vaccination began for HIB, it caused approximately 10-15 deaths per year in Australia. After the introduction of the vaccine in 1993, the number of cases of HIB in Australia dropped by a massive 95%.

This is just tragic. It just shouldn’t have happened.
– Riley’s Mum”