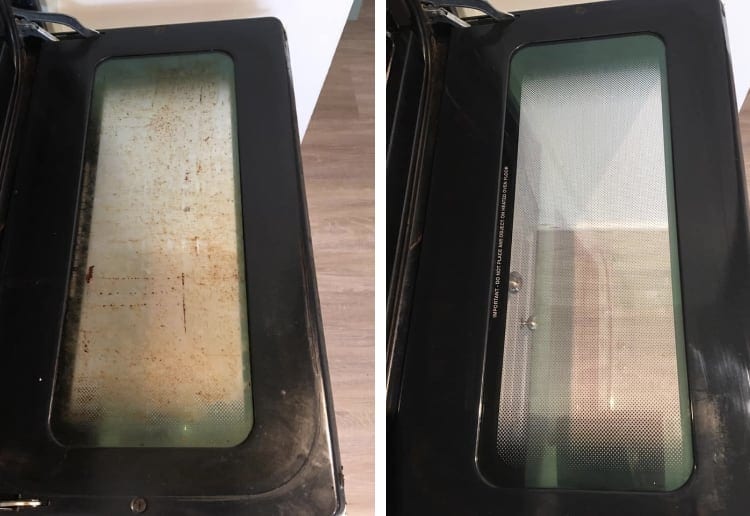 Cleaning the oven is one of my least favourite chores. But this clever mum’s oven cleaning hack is practically life-changing.

I absolutely that the way that grime, oil and unknown brown residue scar the oven so easily. We’ve only had our oven for a few months and it already looks like a mess.

I loathe those super-strong asphyxiating oven cleaning chemicals, which can also be really expensive, so I was on the lookout for a less harsh and more economical alternative.

These mums have shared incredible results from cleaning their oven doors as well as inside their ovens with dishwasher tablets.

“So I’m embarrassed to admit that I’ve probably only cleaned my oven twice in the nearly 3 years we’ve lived here and both times I’ve given up because I just couldn’t get the grime off!,” mum Ellie said.

“I took the dishwashing tablet advice and here we are! Clean glimmering oven door!”

Ellie went on to explain how she achieved such sparkling clean results:

“I literally just got the dishwashing tablet, dampened it under the tap for 2 seconds, I had a damp cloth at the ready that I did squish some water out of just to have some water on the glass which seemed to make it easier to scrub having that bit of moisture.

“And I just scrubbed until the tablet wouldn’t do anymore then got a new one.”

Ellie added: “It was incredibly simple and easy to do, just a bit of hard work.”

The mum said that it took her about half an hour to clean the oven door.

She also shared a useful tip for those hard to reach spots:

“There was a particularly stubborn spot in the bottom corner so I found breaking some up using sharper parts of the tablet worked to get it up.”

Elli said that she used about four “plain old Aldi tablets” but you can really use any dishwasher tablet you have at home.

Members of the group were astounded at the results:

“I did it this week too. It works beautifully”

Others shared their own tips:

“I dissolve the tablet in a cup of boiling water first and use a sponge scourer to clean the glass – barely any scrubbing required and you only need to use one tablet.”

It Works Inside The Oven Too

And what about the inside of the oven?

Another mum had this suggestion:

“You can use it on the inside of the oven too. I made a paste out of a couple of tabs and hot water, spread that on the tougher bits, left for half hour, came back and gently, scrubbed with another tab, wiped clean. It worked really well.”

Other mums have shared their versions of this fabulous oven cleaning hack.

Kate also shared her success using a dishwasher tablet on a grimy oven door. She said that she simply dunked the tablet in water first and then scrubbed the grime away.

Does The Hack Scratch?

But does the tablet scratch the oven door?

Kate reported that “it didn’t scratch at all. I felt it worked best with the dishwashing liquid drizzled over.”

The oven trays can also get the same oven cleaning hack method.

One mum shared that she simply: “soaked my oven trays overnight…in a shallow bath of hotwater, with 2 dishwashing tablets..NO ALFOIL.” In the morning, you just run a scourer over the rungs and the grime just comes away.

“Doing the 4 dishwasher tablets in my basic top loader washing machine on very hot water. 5 minutes in and I can see little scummy particles and the water is definitely brownish. Gross but satisfying.”

Have you tried this oven cleaning hack before? We’d love to know what you think? Tell us in the comments below. 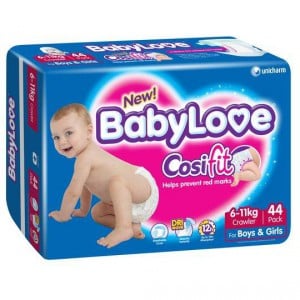 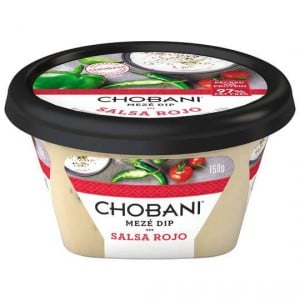