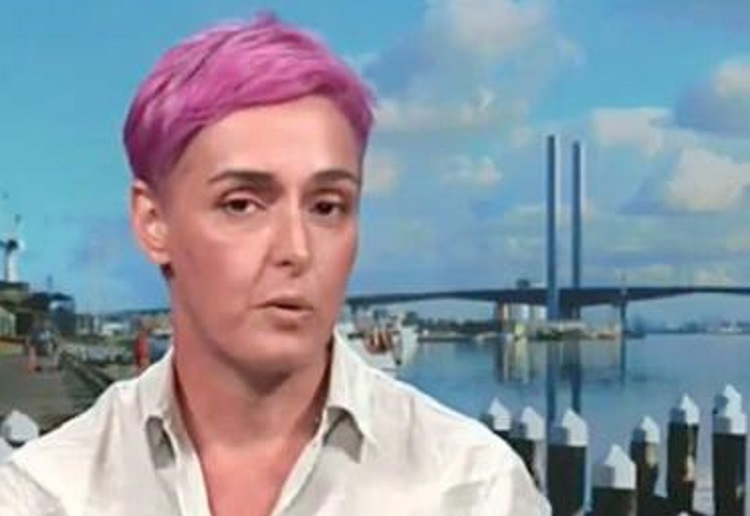 The ABC has come under fire for airing a segment in which a ‘sexuality expert’ calls for parents to not change nappies without asking for their child’s consent.

Sky News commentator Rowan Dean slammed the segment, which was aired on Tuesday, labelling it as ‘lefty lunacy’.

In the video, Deanne Carson talks about how to establish a ‘culture of consent’ in homes, starting at birth, shares Daily Mail.

Ms Carson provided an example of how parents can begin to implement the culture when changing nappies.

She said: ‘”I’m going to change your nappy now, is that okay?” Of course the baby is not going to respond “yes mum, that’s awesome. I’d love to have my nappy changed.

‘But if you leave a space, and wait for body language and wait to make eye contact, then you’re letting that child know that their response matters.’

Pinky has joined the debate on her Facebook page writing, “Why are people ridiculing this woman ? What she is saying is basic respect.”

Pinky explains, “I was interviewed about her comments – I agree with her, but looks like another commentator was found because they wanted controversy. I have seen 7 and 8 week old babies respond when asked ‘do you want a massage?’ – when a visual cue (rubbing oil on your palms and showing baby your hands as you ask permission) is shown, after just a few manage sessions, these tiny babies will lift a leg to place it in the parents hand ready to start massage.”

“Other babies will greet you with open body language, eye contact and engagement. They will also let you know clearly when they have had enough and would like to stop being massaged.

“Even if a baby doesn’t ‘understand’ when you ask for consent, or you are needing to do a non negotiable task such as changing a nappy, it’s starting a culture of respect and teaching that children have a right to refuse unwanted touching by talking them through experiences such as nappy changes.

“Imagine if somebody came along and whipped your pants off without so much as a ‘please’ or ‘thank you’.

“What if somebody we barely knew came up and gave us a big sloppy kiss – with beer or tobacco breathe? How easy is it to treat babies and small children as we would like to be treated.”

Meanwhile the discussion has been a huge topic of debate

Many people are commenting on the total lunacy of her argument, while a discussion on Sunrise did see many agreeing that we unknowingly did this anyway by chatting to our babies as we change their diaper telling them what we are doing as we go.

We often chatter away telling bub “Let’s change your wet nappy”  OR “Ohh you have a stinky one their let’s clean you up”.

Ms Carson posted a note to her Facebook page defending herself against the trolls she has been battling since the interview – ‘Sadly, some people have chosen to ridicule me (oh no! Pink hair! Must be a lesbian!) and the notion of giving infants bodily autonomy (poo in nappies har har amiright?!)

‘Troll me all you want, add to your blog inches, but remember that when you do, you are negating the voices of these brave survivors of sexual abuse.’

Deanne shares, “The work we do with children, teachers and parents is international best practice in abuse prevention. It teaches children their rights AND their responsibilities and connects them with people who care and can help. It invites their parents into the discussion and is sensitive to cultural and family values.”