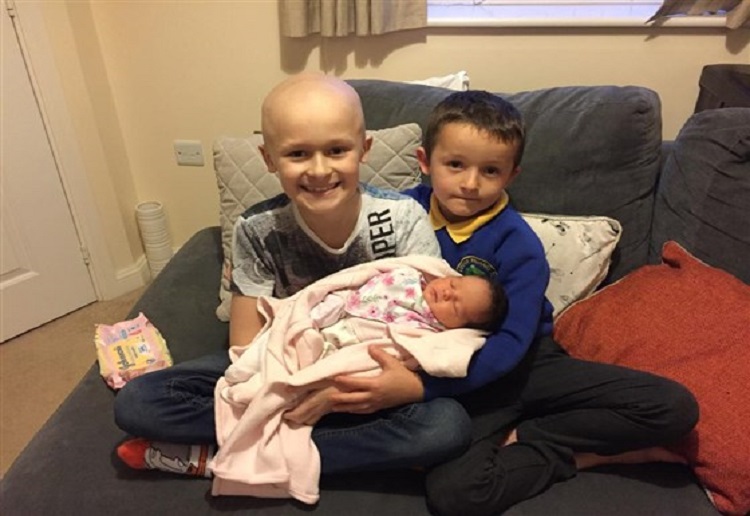 It’s been over a year since Bailey Cooper died at age 9 of non-Hodgkins lymphoma.

Bailey was diagnosed in 2016, at age 8. After his chemotherapy treatments and a relapse, the Coopers, who also have a son, Riley, now 8, learned Rachel was pregnant.

“Bailey was absolutely over the moon when we told him the news, as he was going through chemotherapy again after his first relapse,” Lee Cooper, Bailey’s dad, told TODAY Parents.

Throughout the pregnancy, he said, Bailey loved to rest his head on his mother’s stomach, talking to the baby and feeling her kick.

“I was with Bailey — after he had a stem cell transplant and was in isolation — when Rachel and Riley went to have her 20-week ultrasound to find out the sex of the baby. Rachel Facetimed me and Bailey was shouting with sheer joy when they announced the baby was a girl and he was going to have a baby sister.”

“When we broke the news after his second relapse that he wasn’t going to survive the cancer, one of the first things he asked was if he was going to meet his baby sister before going to heaven,” said Mr Cooper.

Bailey did survive to meet baby Millie, who was born on November 30, 2017. 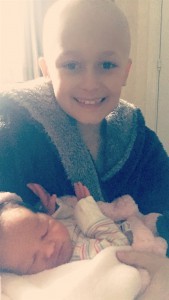 “Right from the day Millie was born, Bailey was smitten with her,” said Mr Cooper. “In his short time with Millie he held her, fed her, bathed her, changed her and sang to her every day until he physically couldn’t do it anymore. He did everything he set out to do in meeting his sister.”

“On Christmas Eve, Bailey’s breathing became very shallow and irregular,” Mr Cooper recalled. “Myself and Rachel sat by his bedside and we both knew it was time for him to go. We whispered in his ear, ‘It’s OK; we love you very much. You need to stop now. It’s time for you to go.’ At that moment he took his last breath and shed one tear.”

Mr Cooper says his family will work hard to remind both Millie, who turned 1 in November 2018, and their older son, Riley, of their big brother’s love for them.