Article Your Child Is A Troll On Google Classroom And I’ve Had ENOUGH! 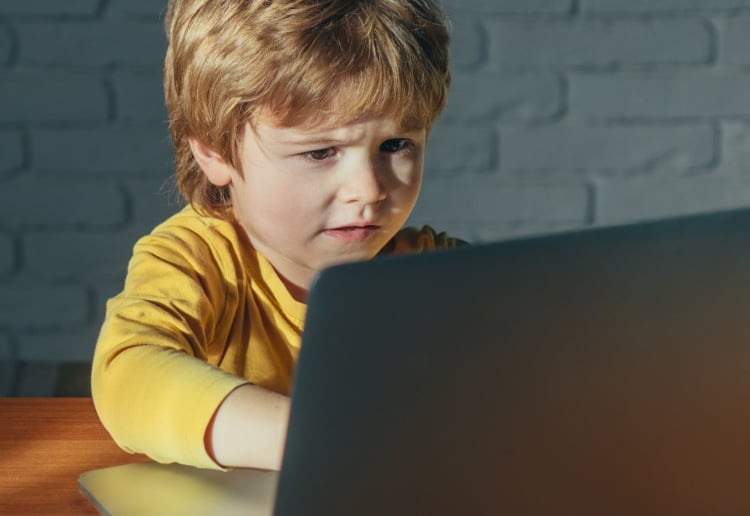 Learning from home using Google Classroom has taught me so many invaluable and eye-opening lessons about my little ones, as well as about life in general.

Firstly, I now know precisely what my children’s strengths and weaknesses are and despite the words ‘lovely and quiet’ often being used to describe them in the classroom – I understand what they struggle with and how to best support them.

Interestingly, I have also discovered that Google Classroom is just the same as any other social platform – it is riddled with unnecessary comments which teachers need to remove. I honestly had NO idea that trolling started so incredibly young!

Who knew that children in primary school as young as six years old knew to type a sentence together let alone be inappropriate online.

It disappoints me on a number of levels. It irritates me that the teacher’s time gets wasted chastising these kids who are repeat offenders and continuously post things that need to be monitored and deleted. It takes time away from the teachers being able to mark other children’s work and provide necessary feedback.

Do You Know That Your Child Is A Troll?

Do parents honestly not know what is going on? Are we just leaving our kids unsupervised online with the false sense of security that Google Classroom is in some way different to any other social media service?

Apparently it’s not that different! Turns out that trolling can happen absolutely anywhere and at any age. Who would have thought?

So how is this happening right in front of us and what exactly is a parent supposed to do?

Unlike on the playground, it wouldn’t be very challenging to be a keyboard warrior and get the trolls in check online. But morally is that acceptable?

What Should A Parent Do?

Can a parent step in and voice their opinion, which could also be seen as bringing another person’s child in line, on a children’s social platform?

It sounds like it might be breaching several rules, perhaps even laws, and ethically I don’t know if it can be done.

A written tone is usually determined by the reader themselves, so if a parent typed something along the lines of ‘Ryan stop being so unkind’- it could either be taken gently ; alternatively it could be taken aggressively.

My little ones aren’t permitted to chat in their class forums because I am yet to see a single discussion go by without a teacher having to step in.

It’s really quite ridiculous considering that these children are so incredibly young. I mean I expect this in high school but not now!

Are people in general just nastier online? Do they feel as though they can get away with more? Or do these children behave the same way in the classroom as well?

Who Should Monitor This?

I know that many factors would come in to play, such as a child’s ability, when it comes to some of the things they say. I too have been blessed with two boys with special needs. But do we owe it to our children and the community to monitor our own little ones when we know they don’t have the capacity to understand how to communicate appropriately online?

Admittedly it’s great that the teachers are keeping on top of the situation. Deleting the unnecessary comments and even blocking students from being able to comment for a certain timeframe. But is there anything that we could be doing at home? Or is it just up to the teachers to teach our children how to behave online?

As their guardians are we obligated to steer them in the right direction whether in real life or in the cyber realm?

The last and equally as disturbing thing that I’ve encountered with Google Classroom is that the teacher’s pet will always remain the same.

They are showered with love and adoration whilst everyone else is left in the lurch. My above gripe could very well be the explanation as to why there is no time to permit equality with this.

Now I know it must be one heck of a job to manage online marking as well as responses. However, when it’s the same four children getting recognised each and every week, whilst two hundred others are left to work out their own marks, it becomes a little obvious.

You really do need to be apart of the P&C Committee if you want your little one to be recognised for their efforts!

Thankfully my children’s classroom teachers are marvellous and are always available for guidance – if only they were the ones setting all the tasks for their online classes I am sure there wouldn’t be so much bias. Possibly students wouldn’t even need to have their comments deleted and be blocked for periods of time. Do children merely act up when familiar faces are not there and they feel they can get away with it?

Are You Oblivious Or Do You Just Ignore Your Child’s Behaviour?

Most things in life are only temporary, and the inappropriate online behaviour could very well just be a lapse in a child’s better judgment. How can one be certain however that their child hasn’t experienced retaliation or even been chastised by anyone else’s parent on Google Classroom? Especially if they don’t know their own little one has been trolling the class…

I mean if a person is oblivious to their own child’s online behaviour, what else could you be missing online and in ‘real’ life?

Have you encountered any social issues with Google Classroom or other online learning tools? Tell us in the comments below.