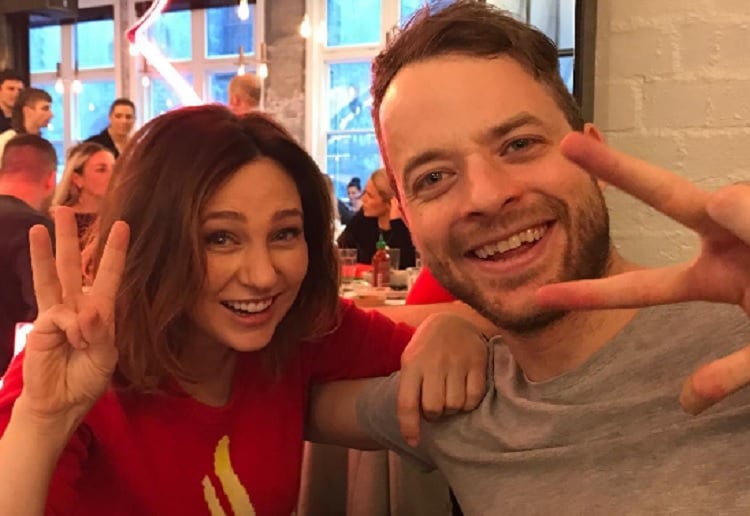 Zoe Foster Blake took to Instagram to share her top tips to help with a windy baby.

Zoe shared that unlike her brother and father, newborn Rudy struggles to expel air.

Zoe explains, that it also doesn’t help that her milk flow is set to 200km/ph and baby Rudy is a “gulpy, anguished, scrunched-up, yelly, crying, non-sleeping little Gollum unless she does stuff (tilted feeding etc) to limit gassiness.”

“I know it will pass, but still. There’s no risk of me being considered an expert, but these anti-wind aids were recommended to me, and I now I piff them to you. Cos maybe they will help get you some goddamn sleep.”

“After a few shit nights of her in the bassinet, I tried this, which a friend evangelically advocated. It’s the duck’s nuts. She’s not slept elsewhere since. It’s on an incline for her reflux, is portable, gives her in-womb snugness, is safe, and I feel confident co-sleeping with it. If only I knew about this when Sonny was a newborn.” 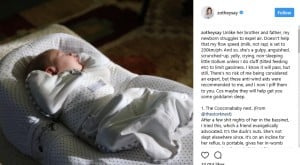 I mentioned on IG stories I was using Infants Friend for her wind, and dozens of women immediately contacted me saying I had to try this stuff. It definitely helps. She’s calm, and goes to sleep easily. She still has some horrid feed/gas episodes, but overall: game changer! Toot city! Marvelous! 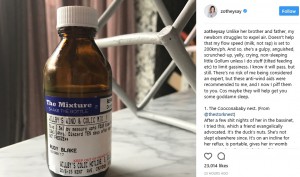 As recommended by my all-knowing midwife wizard. We use occasionally for dream feeds, and it gives a gentle, non-gulpy feed. 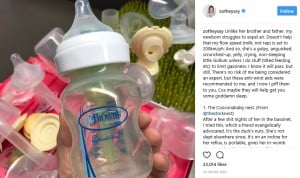 Zoe’s final tongue in cheek tip was,  “Whisky on her dummy. CALM DOWN I’M JOKING IT’S JUST A JOKE. I put it straight into her bottle, obviously.”

What sneaky tips would you suggest to parents struggling with a windy baby? 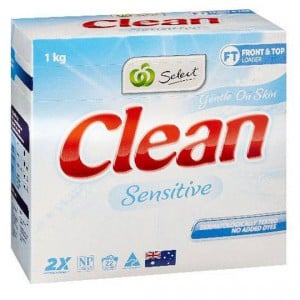 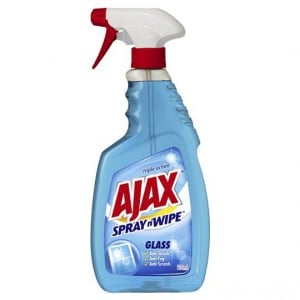 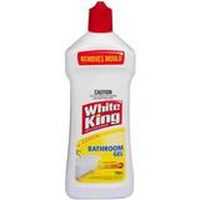