Article ZUMBA – where have you been all my life?!

If you’re anything like me, there is the occasional night where you’re finding it hard to sleep.

You sneak down to the kitchen, grab a Sleepytime Tea or a glass of milk and the obligatory cookie that must always be consumed if it’s between midnight and dawn (after all, there are no calories in cookies between these hours you know).  You curl up in a blanket and flick on the TV for a little late night viewing.  Perhaps you’ll luck upon an old movie or a rerun of Charlie’s Angels …

Forget that and forget any notion you may have had of getting nicely dozey and then popping back to bed to slumber away the early hours.  Zumba is here and it looks as though it’s here to stay.  The other night I flicked through the channels and found myself confronted with totally buff, perfectly pert, terrifically taut 20 and 30 somethings merengue[ing] their way around what seemed like an hour-long infommercial.  I tell you what, I fell for it – hook, line and sinker.  I even grabbed the phone and began to dial.  I did manage to restrain myself though but still added the website to my phone so that I could order my Zumba kit when next online.

I mean, this is it!  Instead of slogging it out on the treadmill or bike, I can Zumba my way to looking just like I did 20 years ago.  At last. I’m not kidding myself however that I’m a pioneer.  I’d like to think I’d found a craze early but I’ve been hearing about Zumba for the best part of 2010.  A few girlfriends who are unable to go the gym at night now have Zumba and love the fact that they can a) get some exercise to some great music and b) not have to leave the house.  Between you and I, I think they are secretly lusting after the Zumba dudes who strut their stuff at the helm of the lesson!

So here’s some Zumba history (thanks to Wikipedia of course) …

Zumba is a dance fitness program created by dancer and choreographer Alberto “Beto” Perez in Colombia during the 1990s. The program combines Latin and international music with dance in an effort to make exercise fun. Zumba classes are offered through licensed instructors in more than 60,000 fitness center locations in 105 countries and seven-and-a-half million participants.[1] DVDs are also available for learning at home. Classes and instructional DVDs use music based on salsa, merengue, cumbia, reggaeton and other international music styles and forms.

Beto previously attended the Maria Sanford Brazilian Dance Academy. There he became an instructor and choreographed dance routines for popular performers including Shakira.[3]

Beto invented Zumba in the early 1990s: as he entered his aerobics class he realized that he had forgotten his music. His only option was to use whatever tapes he happened to have in his backpack, mostly traditional Latin salsa and merengue music. Beto improvised the entire class on the spot using this music (which was non-traditional for aerobics) and from this experience he began to further develop Zumba. Soon, it became the most popular class at the fitness facility.[4]

Following his success in Colombia, Beto moved to the United States and began teaching Zumba classes in Miami. The class gained popularity and in 2001, Beto joined Alberto Perlman and Alberto Aghion to trademark the Zumba brand name and create the company, Zumba Fitness LLC, that today offers the Zumba program globally.[5] Zumba Fitness is headquartered in Hollywood, Florida.

The Zumba workout provides fitness benefits because its routines feature interval training sessions with fast and slow rhythms and resistance training, which are intended to tone and sculpt the body while burning fat.[6]

Music is the key ingredient to Zumba classes. The score, created with specific beats and tempo changes, transitions the workout from one toning, strengthening or cardio move to another, and targets every major muscle group in the body. The Zumba program borrows Latin flavor from the following dance styles: Cumbia, Salsa, Merengue, Mambo, Flamenco, Chachacha, Reggaeton, Samba, Belly dancing, Bhangra, Hip Hop, and Tango.

WOW! I mean, it’s incredible.  You can even feel the heat at Zumba Week in 2010 at Club Med (although I may find that many buff bodies a little too confronting and intimidating)! It’s not just a dance craze anymore – seems you can really make it a way of life!

Forget your social calendar and fill your nights with the Zumba classes on DVD.

Ditch your Mummy wardrobe for a complete Zumba look, and abandon your Home Beautiful or Madison mag and become a Zumba fan instead.

Whichever way you look at it, I think it’s here to stay.  I do believe I’ll succumb sometime soon – my girlfriends are trying to convince me to do the Friday night class in Manly (and then defeat the whole point of the exercise and go out for a drink afterwards!!) Perhaps I’ll give it a try and post some photos to give you all a really, really good belly laugh! Or maybe I will order the start up kit and risk the ridicule of my entire family as they watch while I bounce around in front of the television. Either way, I’ll keep you posted …

Have you been Zumba[ed]? Any friends you know salsa[ing] around the kitchen? 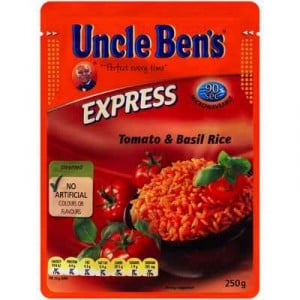 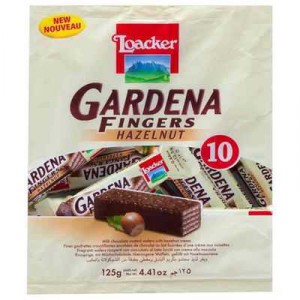 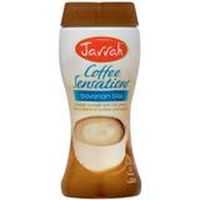