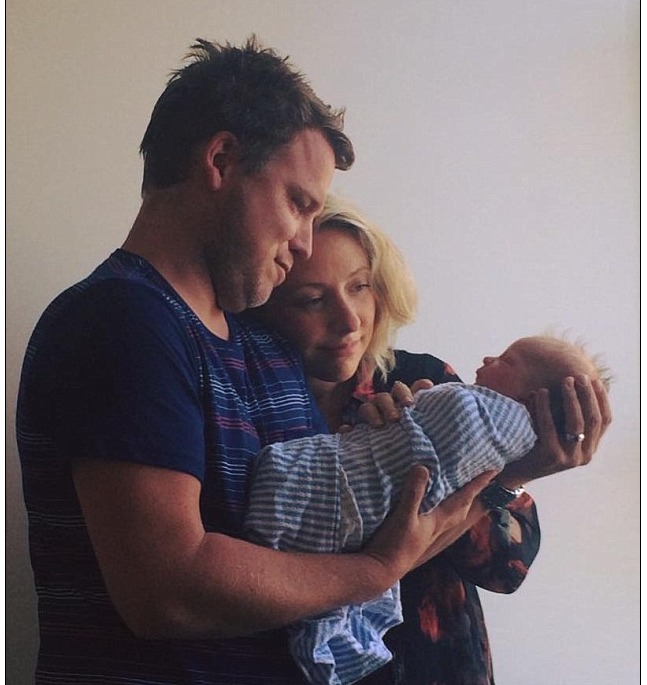 The first baby in New South Wales to be born this year was actually running late.

Baby Elliott was ten days overdue when Kathleen and Paul Bevis greeted their baby boy born at 12.27am on January 1 in the Royal Prince Alfred Hospital.

The new parents were met with an avalanche of media and Mum Kathleen told the Sydney Morning Hearld:

“They [Dad Paul and Baby Elliott] were sticking their tongues out and making silly faces two hours after he was born.”

The two school teachers said that they had spent a lot of times around kids and were looking for a slightly unique name:

“Elliot was a name we hadn’t come across.” said Kathleen. “It’s funky, but he could still be an accountant.”

The Sydney Morning Hearld reported that Elliot was born after a long labour of two-and-a-half days and when Kathleen and Paul initially came into the hospital Elliot’s heart rate was dipping.  After the initial complications, Elliot pulled through and was the first baby born for New South Wales.

Meanwhile in the Northern Territory, the ABC reported that Isaac D’Arcy, was born to parents Jess and Joe at 12.15am weighing a healthy 3.5 kilos and measured at 50 centimetres.

Jess joked with her family about their son being the firstborn in 2016 even though he was due for January 2.

“I ended up taking our other son home to go to sleep because we weren’t expecting baby Isaac.” he said, “I got a phone call around midnight saying Jess was in labour and she had the baby 15 minutes later.”

The Australian Capital Territory also had a baby boy as the first baby born for 2016.

Overdue by more than a week, Cameron Beau Apps arrived at 12.41am on the 1st of January.

According to the Canberra Times, Mum Michelle Fabbo and Dad Beau Apps said that their son will never be short of love and would be very welcomed to their big [extended] family.

With an original due date of Christmas day, the new parents were overjoyed that their son had brought in the New Year and told the Canberra Times:

“We were actually hoping he wouldn’t come on Christmas Day because we wanted him to have his own birthday.”  Beau said, “I think he’s going to enjoy the 18th and the 21st birthdays, it’ll be a big party, it’s going to be great.”