Article 3 things I want my kids to know after the Stereosonic Concert. 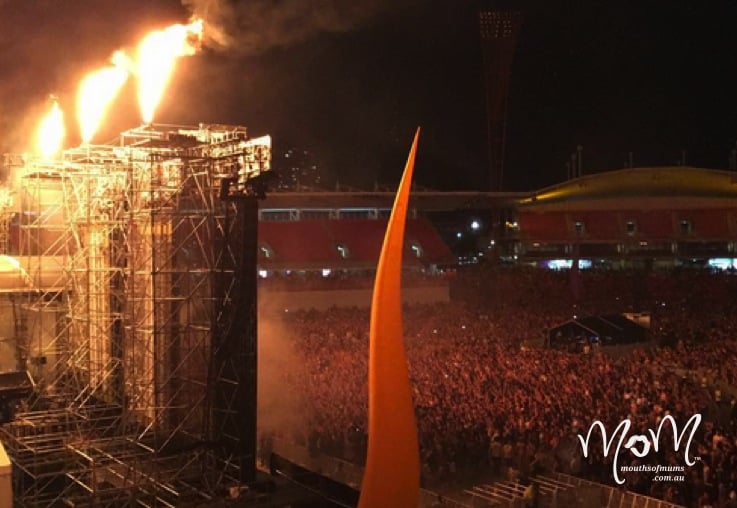 Yet again, we are confronted with another senseless death of a beautiful young girl over the weekend.

Sylvia Choi is believed to have taken an ecstasy tablet at the Stereosonic concert at Sydney Olympic Park. It is also believed that on top of this tablet, she may have mixed MDMA in a bottle of water.

The young pharmacist was rushed to Concord Hospital however later died. At the same time and from the same event, a 22 year old woman was discharged after earlier being placed in an induced coma to cope with the drugs she had taken.

“Why were there drugs at the concert at all?”
“Why did she do it?”
“Who gave her the pill?”

“WHERE DID WE GO WRONG?”

It’s our first response isn’t it … to ask what we could have done differently.

To ask ourselves if our actions as parents could have changed the destiny of our children.

More than 200 police were patrolling the event and yet there was still more than 120 people treated for the effects of drugs at the concert with another 9 in a more serious conditions taken to hospital.

It seems that everyone is asking those same questions with Premier Mike Baird saying “this madness has to end … the idea of going out for a good night is one thing, but when that night out ends with losing one of your friends …”

The commander of the police operation, Assistant Commissioner Frank Mennilli said young people are playing Russian roulette with their lives.

“People have to get out of the mentality that you have to take drugs to enjoy a concert”.

These drugs are made by criminals in back yards.

During the 11-hour event which attracted 48,000 revellers and ran until midnight, 69 people were charged with drug supply and possession while another 23 were given cannabis cautions.

It’s a fresh reminder that this happens all too often.

The death of the Sylvia Choi comes just over a year after another death due to drugs at a festival when Georgina Bartter died after taking ecstasy at Harbourlife Festival.

Ms Bartter, 19, was found convulsing on the ground at the dance party at Mrs Macquarie’s Chair last November.

Her best friend Rebecca Hannibal was convicted of supplying the drug to Ms Bartter and given a 12-month good behaviour bond.

In the wake of these deaths, I’ve found myself questioning whether I’m parenting the right way.

I guess I’ll question that forever but in the meantime, here’s 3 things I want my kids to know about this situation …

1. You are not a beautiful human being with a bright future; you are just the next few dollars.

To the criminals who manufacture drugs in back yard sheds using the cheapest ingredients possible to make the most money possible on every single tablet, you are just the next few dollars. You are the collateral damage that they don’t give a damn about.

Don’t think for a minute that they care whether you live or die. Because they don’t.

Don’t give them any more power than they already have. Cut off their market by saying no.

Know that around you orbits family, friends and a whole community who love you and want every success for you in the future.

So please don’t think that because you’ve never been to jail, your house is in a nice suburb, you did well at school or you’re kind to your friends and your family that you won’t fall victim to bad drugs or a bad reaction to drugs.

Know that the only way you can safeguard yourself from drugs is to say no.

3. My prayer is that you are strong enough.

I’ve been there. I’ve felt all that.

Thankfully I was strong enough to say no. To choose friends who also said no. To make the right choices for the long term rather than the moment.

Know that my prayer for you is a strength of will and character to make the right choice for you.

The concert’s promoters Totem Onelove group posted a brief statement on the Stereosonic Facebook page this morning about the death of Sylvia Choi.

“Totem Onelove conveys our deepest condolences to the friends and family of the patron who tragically passed away on Saturday night at Sydney Stereosonic. As it is a matter with the NSW Police and Coroner we cannot make any further statements or comment. We appeal to our audience that they stay safe and look out for each other,” it read.

The Stereosonic tour headlined by Armin van Buuren, DJ Snake and Major Lazer will today go to Perth before moving onto Adelaide, Melbourne and Brisbane next weekend.

Our thoughts and prayers are with Sylvia’s family at this time.

Do you think there’s anything else we can do as parents to help our kids make the right decisions? Have you been in a situation involving your kids and drugs?