Article 5 life lessons only your grandparents can teach you 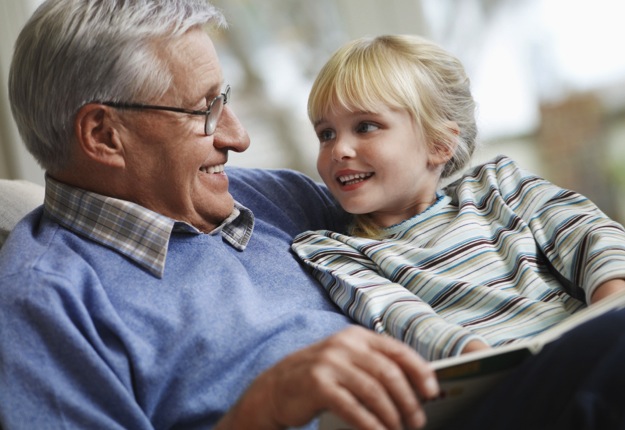 You can think of childhood as not unlike slow cooking, with a fully formed adult at the end of the process.

And most caring parents would want their children to grow up as adults who are happy, responsible, loving, resilient and socially well adjusted.

However, childhood is a complex business with its ages and stages and most adults, with even the happiest of childhoods, would remember difficulties they encountered along the way.

Children face many pressures, some good, some not, some self inflicted, others coming from elsewhere.

While all this is going on their parents are dealing with their own pressures: work, money, relationship issues and time, just to name a few. So where do grandparents fit into all this? Do they matter? What can be learned from them?

I have five grandchildren aged from three to ten, so I have had ten years experience as a grandfather. Recently the five have been joined by a dear nine year old girl, the daughter of my son’s new partner. Like the other five, she calls me Johnpa.

The last ten years have been, with the exception of the death of my dear wife, among the happiest of my life and much of that sense of happiness has come from being with my grandchildren and watching them grow. And I believe my grandchildren have had lots of happy times with me. So I think grandparents matter a lot. Here’s why:

Of course, just like parents, grandparents have their problems and pressures. But, being older and having seen and experienced a lot more including the growth of their own children, grandparents have a different and more relaxed perspective.

Also, theirs is not the job of pushing a child to succeed at something, to make the sport team, to wear their hair a different way or to come first in the class or in a race. Their relationship with their grandchildren can be much more like that of an older friend. They are able to accept and relate to their grandchildren just the way they are, not in some way they would like them to be.

So from grandparents children can learn what it is to be accepted for who they are.

Grandparents are mostly at an age at which they have had their share of ups and downs and have been “bashed around” a bit, perhaps more than a bit.

They have learned the things that really matter like love, friendship, loyalty, honesty and faithfulness. They should have learned that, whilst money is important, it is not an end in itself and that a person is to be judged by their qualities as a person, not by the amount of money or quality of possessions they have.

So from grandparents children can learn about old fashioned values.

Often, because they are not as young as they once were, grandparents require some physical assistance and may turn to their grandchildren for some help.

In turn, the grandchildren may realise that they can be of help to someone who has been unfailingly kind and helpful to them. This is an invaluable lesson for any grandchild.

In most if not all cases, grandparents are people who have come to enjoy “life in the slow lane”.

They have reached a stage in their life at which working long hours, making more money and acquiring more possessions is no longer necessary.

They now have the time to enjoy and appreciate the good things in their life, including their grandchildren.

How lucky a grandchild is to have the undivided attention of a person who not only has time for them, but also loves them unreservedly. They can learn what it is like to have their own time in the slow lane.

We live at a time when the parents of so many children (whether in single parent homes or the more traditional two parent homes) all go out to work. How good and how important it is in these circumstances for the children to have someone to “be there” for them.

Of course, that someone does not have to be a grandparent and this is only one example of the role that a grandparent can play in the life of their grandchildren.

The important lesson for the child is that of having someone to rely and depend on, someone who knows them intimately, someone who loves and cares for them.

Grandparents are an invaluable source of wisdom and love and the lessons their grandchildren can learn from them will assist the children to grow into wonderful adults and, ultimately, wonderful grandparents.

My dear friend told me the other day that her six year old granddaughter had asked her: “When are we going to have another Grandma day, Grandma?” I think that says it all.