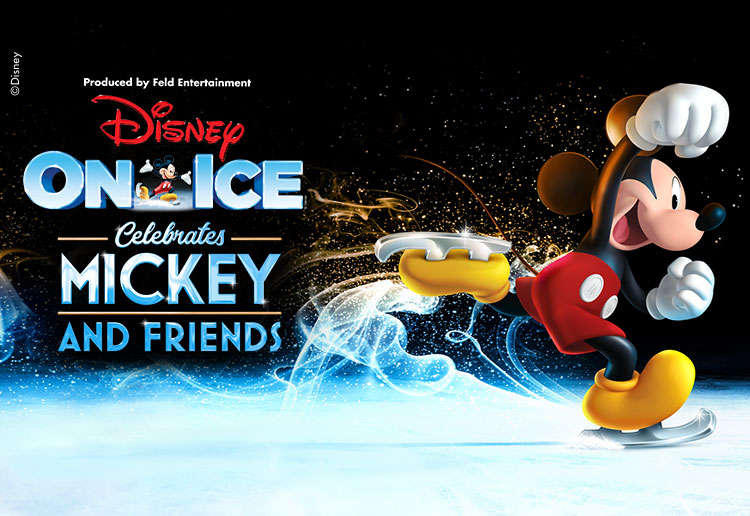 I will never forget taking my daughter to see Disney On Ice for the first time when she was only 2 years old.

It was her first ‘real’ show and I remember being just as excited as she was. My little girl was absolutely mesmerised from start to finish, giggling with glee and enchanted seeing her favourite Disney princesses gliding across the ice. Seeing Disney On Ice has become a tradition for us ever since. My daughter, who is 7 this year, has been counting down the days to this year’s Disney On Ice spectacular, which skates into Australia from 31 May – 21 July 2019.

Here are five excellent reasons not to miss Disney On Ice celebrates Mickey and Friends.

Amazing for all ages

Disney On Ice is one of those perfect family shows that spans all ages. Toddlers will be just as enchanted as teens and when I see the grins on the grown-up’s faces, I can tell they’re loving every moment too. It’s a beautiful way of bringing the whole family together to enjoy the magic of Disney.

I must admit, I was initially a bit concerned bringing my young child to see a big-arena show. But I had nothing to worry about. I was amazed that in a theatre filled with hundreds of littlies, I didn’t see one tantrum. The audience, both big and small, were entranced through the entire performance, singing, dancing and just having so much fun.

I am always super impressed by the high calibre of performers in the Disney On Ice cast. You’ll be amazed by the twirls, jumps and magnificent ice dancing. There are lots of special effects, sing-a-long songs, spectacular scenery, top-class choreography and the show is perfectly polished.

Each show is different

We’ve been lucky enough to see five Disney On Ice shows and each one has been unique. Every show has its own special theme and flair and because of this, the show never feels stale or routine. This year, the tour celebrates 90 years of Mickey Mouse and honours Walt Disney’s legacy by bringing acclaimed stories to life on the ice. Mickey Mouse is joined by Minnie Mouse, Donald Duck and Goofy on a journey to discover his favourite memory of all time. Using Mickey’s “Mouse Pad”, the show’s hosts encourage fans to be part of the action and help the gang venture though Disney stories, sharing memorable moments from treasured tales.

We can’t wait to follow unforgettable Dory through the unexplored seas of the Pacific Ocean, join the Toy Story pals on an exciting adventure and experience the emotional rollercoaster of Inside Out.

Sadly, we don’t have a Disney theme park in Australia so Disney On Ice is really the next best thing. When we’re sitting in the theatre watching all our favourite Disney characters come to life on ice, we’re transported to Disney Land, carefree and happy and we get to feel like kids again.

The Disney Princesses are the biggest drawcard for my daughters. They adore the other Disney characters but it’s the princess that get their full attention.

This year for the first time making her appearance down under, Moana will take to the ice. We can’t wait to sail away with Moana as she displays courage to save her island on a high-seas adventure with the demigod, Maui. OMG, it’s going to be incredible!

Frozen fans will be delighted to hear that Elsa and Anna are making a comeback and we will be transported to the wintry world of Arendelle as the royal sisters discover true love. We can’t wait!

Dress up:  I guarantee that the theatre will be packed with little girls dressed up as Elsa or Sleeping Beauty and boys dressed as Mickey Mouse or Buzz Lightyear from Toy Story. So avoid the “I want to dress up too” tears and encourage your kids to wear their own Disney character inspired outfit.

Glow in the dark toys: There will be lots of stalls selling Disney paraphernalia and toys. Your kids will be hypnotised by the glow-in-the-dark twirly-whirly things. You will most likely be hypnotised into buying these for the kids. Just accept it.

Snacks: Kids love snacks so make sure you have a steady supply or buy some from the food stalls in and around the theatre complex.

Bring a jumper: Despite this being a show on ice, I’ve actually found that the theatre isn’t that frosty. But best to bring a jumper just in case it gets chilly.

BUY Tickets for Wollongong at: www.Ticketmaster.com.au/DisneyOnIce