Article 5 of the best whale watching spots in Australia 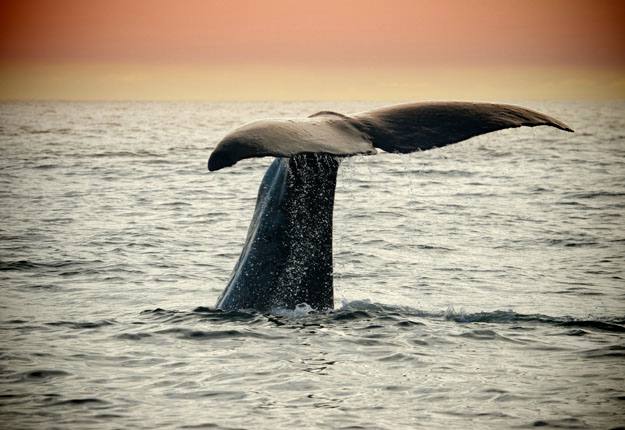 Australia is, hands down, one of the best whale watching destinations in the world and we are currently right in the middle of the whale watching season. We are so fortunate here that we can often see them clearly from the shore: no binoculars required. We are that lucky. There are a lot of great spots on both the east and west coasts to spot whales as they do their annual migration north and south each year. However these are what I believe to be 5 of the best whale watching spots in Australia – simply because your chance of seeing whales in each of these locations is quite high.

In Eden you get two bites of the whale watching cherry which basically means if you miss them between June and August when they are going north it’s OK because they’ll be coming south again between September and November. The latter season is the best for shore viewing as it is mother’s and babies traveling back together so they stay closer to the shoreline. Eden is nuts about whales with a whale festival each year and also a Killer Whale Museum. It is the perfect place to visit if you are whale crazy or would like to be for brief moment in time.

The locals call their town “Home of the Humpbacks” so I think it’s pretty safe to say you’ll probably see some whales here. Humpbacks of course. The city runs a whale festival for the entire month of August so visit then if you can as there is a great energy and vibe about the place. The whale season is nice and long here. You can expect sightings from mid July through to November. The waters are nice and warm in these parts so the whales like to stay and play for a bit rather than just pass on through. It’s quite a special spot to see them.

Byron Bay is arguably one of the most spectacular stretches of nature along the eastern seaboard. My very first visit was during whale watching season one year (July from memory). I took the famous walk around the lighthouse and saw whales, dolphins and turtles from the lookout spot. Not bad for a first visit and is apparently a regular occurrence for the region. The bonus of popping in here to see the whales is that it is also a smashing location for a holiday. There are loads of other outdoor activities on offer and a great art, cultural and live music scene.

This is another of those awesome spots where you can often see whales just standing on the shore. Southern Right whales tend to mosey on past within 100kms of the shore at a nice slow pace, providing you with optimum viewing time. How considerate!  The cutest thing about whale watching in Victor Harbour is that there is a colony of fairy penguins hanging about to say hello. Whales PLUS penguins: winning.

A visit to Exmouth and Ningaloo Reef for a holiday is amazing at any time of the year. Going during whale season? Well that’s just gravy. The season for humpbacks is nice and long (June to September) so it’s hard to miss. The other bonus is that if you time it right, you will able to also see the Ningaloo whale shark while you are visiting. They are massive but gentle and people like to swim with them. Whale shark season overlaps with humpback whale season by three whole months (June to August) so go then if you can. It may be the middle of winter but it doesn’t feel like it. Given its location the temperature is usually a warm 28 degrees during the day. The perfect winter getaway.