Article 6 Helpful Tips To Communicate With Your Teen 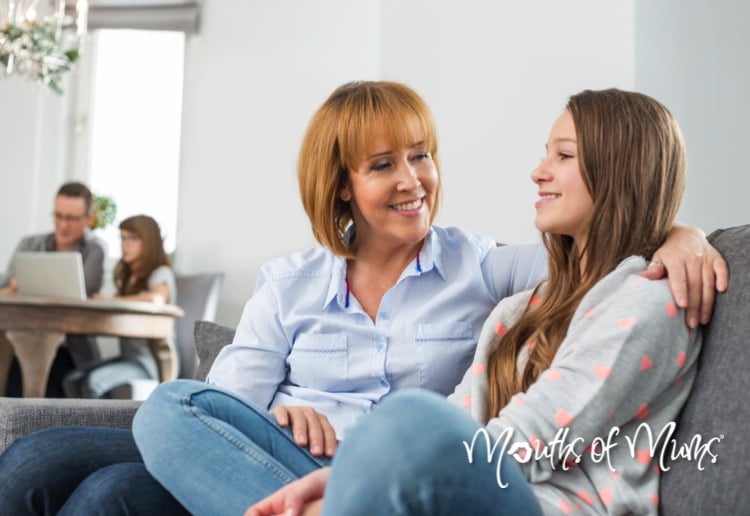 Communicating with teenagers can be hard for parents.

It’s not just because you don’t talk the current lingo, but your teens often don’t think you’ll understand their problems.

Not only are they growing up in a world that is completely dominated by the internet and social media, but it can be hard to see your child as, well, a young adult. Young people are finding their identity in a world where things like cyberbullying are virtually inescapable. Their struggles are slightly different to the problems you faced as a teen, which throws up barriers that prevent effective communication.

We’ve put together a series of tips that could help you improve your relationship with your distant teenager.

1. Listen more than you speak

It pays to really let your teenager have their say and take their opinion on board. It doesn’t matter if you are taking a family holiday, moving house or disciplining them, genuinely sitting down to actively listen to their perspective will show them that they can count on you to take them seriously.

Active listening is important in any communication setting because it shows the other person you are hearing and interpreting what they are saying. In your own words, repeating what they have told you, or asking them to clarify what they mean is simple, yet effective. It also prevents any misunderstandings.

Consider their opinions before you say ‘no’, why are you saying ‘no’? Teenagers are no longer children, they are asserting their individuality and looking for their own independence, simple things like this can help them grow within the family and not external to it.

2. Make time to spend together – alone

Teenagers might be less interested in hanging out with their mum or dad than they used to be. They have their own circle of friends now, and it’s important that you don’t cramp their style.

However, things like cooking together, watching a TV show you both like, going shopping, pamper days, fishing trips – activities where it’s just the two of you and they have your undivided attention, away from other siblings – can really get your teenager to open up to you.

As we mentioned before, teenagers are blossoming into their own personality and independence, so it’s really important that you give them a certain amount of privacy. Knocking before you enter their bedroom is the perfect place to start, allowing them to hang out with their friends without checking on them all night, or letting them take off to the beach or mall for the day are also great ideas.

If your child is trustworthy, allowing them to have their computer in their bedroom or a lock on the door is another option you can explore.

It is also a good idea to explain to your teenager why they are allowed to have this level of privacy, either because they have demonstrated that they can be trusted, or as a reward for behaving in a mature way.

4. Keep up with their interests

In an age where teens all have access to Snapchat, Facebook, Instagram, Twitter, etc. at their fingertips, it is important that you do your research. Find out the ins and outs of these platforms, read about them, use them, ask your kids which apps they are using, ask them to show you how to use it!

Not only will you be able to keep up-to-date, but it will be so much easier for you to keep an eye on the safety and privacy features that will keep your teens safe online.

If you are on Facebook (like most of us these days), don’t try to add your teen as a friend, unless you have reason to believe that they need to be monitored, or they friend request you first. This is another way that you can extend them a private world, where they can express themselves without the concerns of being confronted by family.

5. Show them you care

They might not want to answer you, but asking ‘how was school?’ or ‘how was the party last night?’ can show them you’re really interested in their activities. Asking how their friends are, and if they have any plans for the weekend is a simple way of subtly showing them that they can run their own social calendar.

Tell them you love them, but don’t embarrass them. Your teen might prefer a goodnight wave from their bedroom door if they have friends over, or a private hug. They might appreciate a text in the middle of the day, or they might love coming home to a small gift.

Celebrate their achievements, tell them you are proud of them, and be quick to forgive their mistakes. You made mistakes when you were their age, too. Discuss what they learned from their mistake and how they can do better next time with questions like ‘What do you think you would do differently?’

Sit down with them and set ground rules, like the time they have to be home on Saturday night, together. Extend them the ability to negotiate a curfew with you and explain why your answer is ‘yes’ or ‘no’. If your child can be trusted to call or text if they are running late, giving them an extra hour on a Saturday night might be something you are open to doing.

Don’t lose your temper, teenagers are at a point in their life where yelling at them and ‘Do as I say’ attitudes just aren’t going to cut it. Teens are in the midst of developing their critical thinking and debate skills, so it’s actually more productive to keep your cool, tell them what they did wasn’t okay, and why, discuss how they can improve next time and explore the consequences of their actions with them.