Article 9yo trolled after breaking a murder story 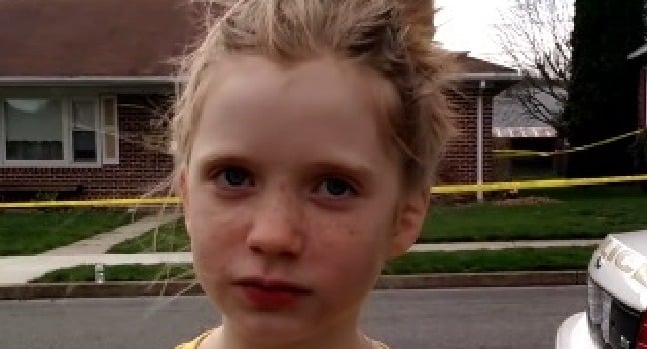 Kate Lysiak Hilde started her journey as a reporter when she was just seven.  Establishing a newspaper – the Orange Street News (OSN) – her first edition lead with the birth of her baby sister.

Saturday was no exception.  Kate received a phone call at her home in Selingrove, Pennsylvania, leading ehr to believe something untoward had taken place.  She rushed to the scene and spoke with witnesses and police before filing a story later that day.

Her exclusive turned out to be a murder investigation.  She ran the story under the headline: “EXCLUSIVE: MURDER ON NINTH STREET!”, detailing the conversations she had had with police officers regarding the ongoing investigation and a statement from a source who told her that a man was suspected of murdering his wife with a hammer.

“This is terrible, just terrible,” one neighbour told the OSN.  Another said, “They seemed like such a loving couple.”

Beating local official news sources to the story, Kate filed a video from the scene.  She told viewers: “I’m working hard on this ongoing investigation.”

In response to the story, Kate received mail from her readers. Much of it was particularly negative. In a video she posted to YouTube, the nine-year-old read out some of those messages.

“I usually enjoy your stories Hilde but this … Perhaps you are too young to understand the difference between decency/respect and sensationalism,” Sally Grouse wrote.

“I am disgusted that this cute little girl thinks she is a real journalist,” another reader wrote.

Addressing the camera, Kate fired back at her critics.

“Yesterday there was a murder. It happened just a few blocks from my house. I got the tip from a good source that I was able to confirm. Then I went straight to the scene and asked neighbours for more information. Because of my work, I was able to inform the people that there was a terrible murder hours before my competition even got to the scene.  In fact, some of these adult-run newspapers were reporting the wrong news or no news at all. All the while the Orange Street News was out covering the event. I know this makes some of you uncomfortable and I know some of you just want me to sit down and be quiet because I’m nine but if you want me to stop covering news then you get off your computer and do something about it.

There, is that cute enough for you?”

Kate’s father told The Washington Post his daughter “doesn’t have a lot of fear”.

“She’s really motivated,” he said. “She just wants to get the stories out. And she really wants to report real news.”