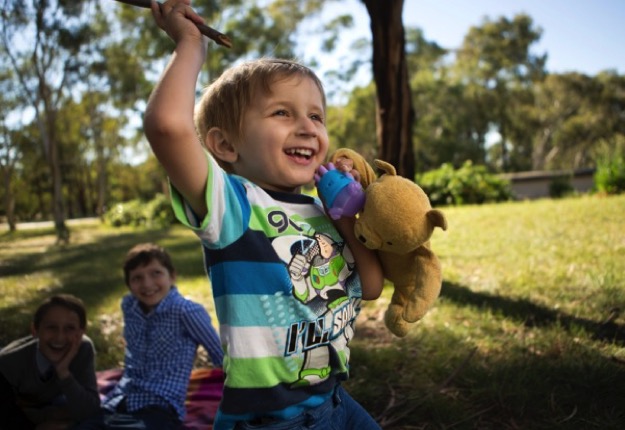 Today, there are mums amongst us with sick children who are doing it tough. We may not notice them – they may be standing behind us at the supermarket check out, queuing for a coffee or trying to find a car park at school pick up time.

But their reality is so much different than our own. And they may crave the normality that we don’t even know we have.

These mums may be spending hours, days and weeks in hospitals, driving the same route in autopilot after too many trips to count. They may be holding their little person’s hands, willing away the pain, as medication is given or tests taken, unable to promise them anything other than they won’t leave their side. These mums may be racked with guilt yet bursting with pride as they watch their other children step up, like no child should have to.

And these are Mums who live in constant fear that the disease their child has fought so bravely, will come back.

When Nicholas Forwood was only two years old, he was back and forth to his doctor. Aches and pain, flu like symptoms, a cough that wouldn’t go away, a bout of vomiting. Normal two year old gripes which left the doctors scratching their heads after dose upon dose of antibiotics had been prescribed with little impact and stays in hospital had revealed nothing.

It was only after Nicholas’s paediatrician said “enough!” and sent the family to Westmead Children’s Hospital for ultrasounds and testing, was it clear why Nicholas wasn’t well.

At 4pm on May 22nd 2013 Ursula and Tom’s beautiful, green eyed boy, Nicholas was found to have a mass in his abdomen with Stage 4 High Risk Neuroblastoma diagnosed a week later. He didn’t leave the hospital for 24 days.

Throughout the next months, Nicholas went through seven rounds of chemotherapy, a 12 hour surgery, 10 nights in ICU, high dosage MIBG that rendered Nicholas’s little body so radioactive that he stayed in a lead lined room with nursing staff wearing Geiger counters, a bone marrow transfusion and 12 rounds of radiotherapy. 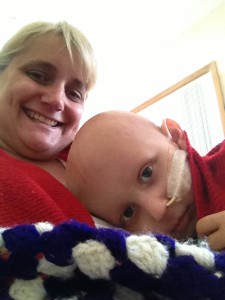 The impact and side effects were horrific, so much so that Nicholas’s doctors felt his body couldn’t tolerate any more radiotherapy after everything else it had been through so limited the treatment to 12 rounds. Not long after, Nicholas entered a clinical trial of immunotherapy, which has had the most positive impact on his cancer.

We came close to losing him, but I always had this feeling that he’d be ok.

“As a parent, with each treatment we’d look at all the side effects,” remembers Ursula. “The doctors would say to us “Let’s just cure him first and then deal with it.” But as a parent, you can’t think of your child not making it. The minute you do that, you lose hope.

So you always think of the future, knowing that his future will be affected by the toxic drugs he’s needing to save his life.”

In most cases, a child’s cancer journey doesn’t end once treatment finishes. Surviving cancer is only the first hurdle. 98% of childhood cancer sufferers will develop a chronic illness by the age of 45 as a result of their treatment for childhood cancer. 80% of survivors will have severe or life threatening conditions and have a 20 times greater risk of developing a second cancer later in life. Groundbreaking research programs, funded by The Kids Cancer Program are underway to reduce the toxicity of cancer treatment and lessen the long-term effects of treatment.

But this will be too late for Nicholas. Ursula and Tom know that as a result of his treatment Nicholas will be infertile, he’ll never be able to play contact sports and has increased risk of developing a secondary cancer, as well as kidney and liver failure by the time he’s in his 20’s. Nicholas already has partial hearing loss due to his treatment. 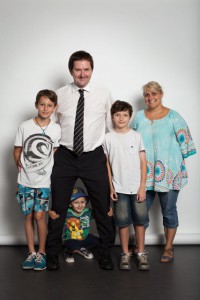 Cancer also affects the whole family, and for Nicholas’s big brother and sister, the news was devastating. “The second hardest thing after hearing that diagnosis was sitting in between my son Luke (13) and daughter Charlotte (10) and telling them their little brother had cancer.”

“I couldn’t have been more proud of them,” says Ursula. “Right from the start they said they had to do something.”

Luke and Charlotte decided to shave their heads and raise money for The Kids Cancer Project which funds research into childhood cancer and provides much needed support for families experiencing cancer.

Together, with the generous support of the community and family and friends, they raised an astounding $129,000 for The Kids Cancer Project.

“For the 18 months Nicholas had treatment, our lives were so disrupted, I was in the hospital for large periods of time and missed so many things at their schools – Mothers Day, Book Parades, Award ceremonies,” remembers Ursula. “Luke and Charlotte knew and understood, but this doesn’t take away from the fact I can never get those times back with them.”

“I could see their disappointment and understanding at the same time.”

Today, Ursula is in awe of her brave boy Nicholas. “He’s not a normal little boy – his life experience is so different, but we have an incredible connection and understanding,” says Ursula. “He has taught me more than I’ve taught him, and I am continually inspired and amazed by him.”

“His strength and bravery has showed me the way that no child should ever have to show their parent.”

“While he was going through treatment, I was always worried he’d think I was a horrible cruel person for allowing him to be hurt like this. Because he was so little, I couldn’t reason with him or explain that the doctors needed to hurt him to make him better,” remembers Ursula.

“I’d be there holding his hand while the nurses were putting in nasal tubes or catheters and taking bloods, and he’d be pleading to me with his eyes as if saying “why are you letting them do this to me?”

“I don’t know if it’s enough, but as a Mum, all I can do is be there, and that breaks your heart.”

But with wisdom far beyond his years, he got it. “I remember one day a few months into his treatment, we were at home and I was sewing up a little stuffed toy of Nicholas’s, that had a ripped seam,” remembers Ursula. “While I was sewing, he came up and held the toys hand, comforting it, until I had finished.”

“That was the moment that I knew that me just being there, holding his hand was enough for him.”

Nicholas has now completed his treatment, started pre-school and his regular three-monthly scans continuing to show an encouraging result.

And for all that’s she’s been through, Ursula’s line is unwavering.

“When I look at Nicholas, I’m so grateful he’s alive and that he’s with us. I’m so blessed and honoured to have these three beautiful children in my life. They inspire and amaze me, and make me strive to be a better person in this world.”

To donate to Luke and Charlotte Forwood’s fundraising for The Kids Cancer Project please visit here. 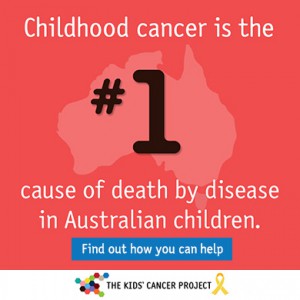