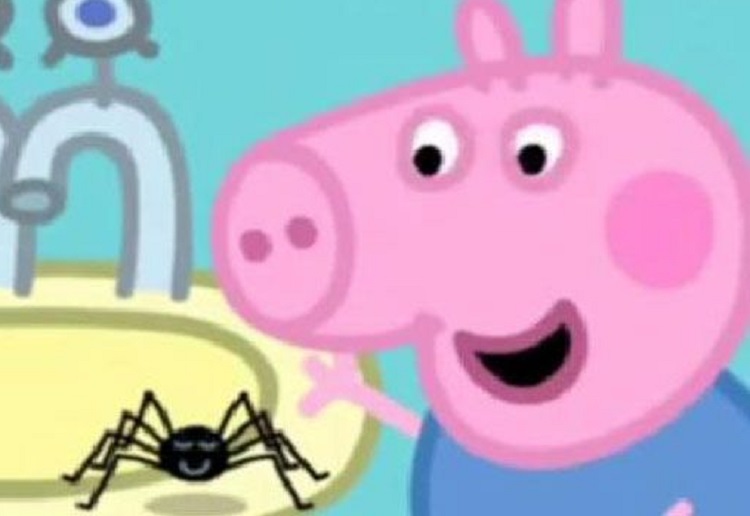 An episode of the children’s show Peppa Pig has been banned from Australian TV for telling children spiders “can’t hurt you”.

Parents complained the message was inappropriate and encouraged children to play with dangerous creatures, according to the Sun.

It’s the second time the 2004 episode Mister Skinny Legs has been taken down after it was removed from the internet in 2012.

Peppa Pig is directed and produced in the UK, which has less deadly spiders than Australia.

According to The Evening Standard, the episode is about how a terrified Peppa Pig is told by her dad spiders “can’t hurt you”.

Peppa then picks the spider up and tucks it into bed.

“We are all going to have tea with Mister Skinny Leg,” Peppa tells her father.

ABC banned the show but it was aired again on Nickelodeon channel Nick Jr on August 25.

Previous concerns over Peppa Pig include –

Do you think it is an over reaction considering Peppa’s friends include a Zebra, Elephant, Mr Bull and even a Lion among others?