Article A Wedding By Fire 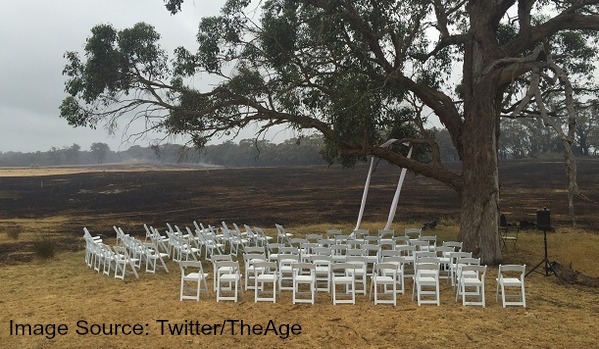 An out-of-control bush fire in Victoria has caused a Melbourne couple to make emergency wedding plans as the fire came dangerously close to their outside country ceremony. 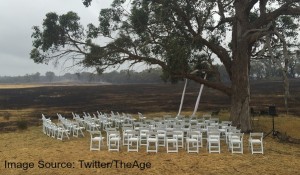 Carli and Ennis Cehic were to marry at Galwiji Homestead in a beautiful, picture-perfect wedding ceremony, but they were forced to abandon their plans and say “I do” in a pub.

Photos of the abandoned scene, show white chairs that were arranged for 170 guests and just how close the fire came to engulfing the whole scene.

There was a further complication when the bride was driven to the new ceremony location in the wedding car and the Scotburn bush fire swept between the betrothed. 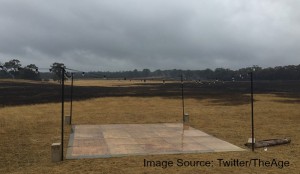 “I was on my way and the fire blew through in front of us, I couldn’t get through to the wedding,” Mrs Cehic told NewsCorp,”They thought I was running late.”

The fire, which was 4,600 hectares in size continued to burn within the containment lines.  The 100-year-old homestead where the wedding ceremony was originally meant to be performed, was also saved.