Article Are you sick of poo jokes? Research suggests why kids love them 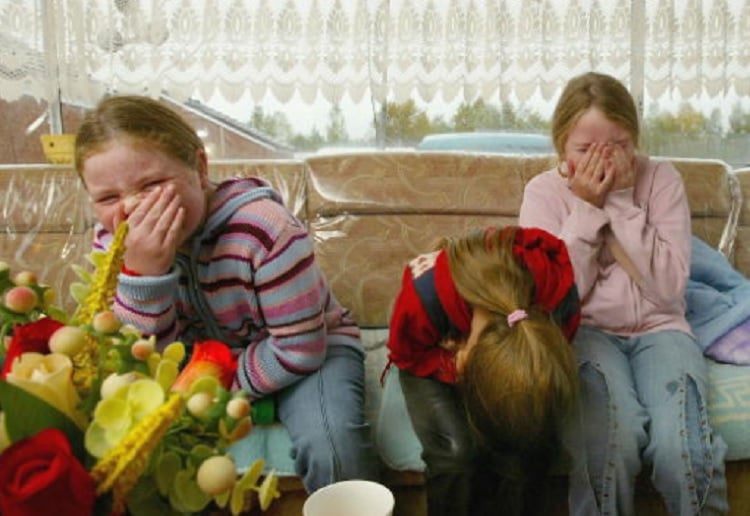 Why children find ‘poo’ so hilarious – and how adults should tackle it.

A boy meets a man carrying a load of cow manure and asks him what he is going to do with it all. The man tells the little boy: “I’m taking it home to put on my strawberries.” The boy looks up at the man and says: “I don’t know where you come from, but where I come from we put cream and sugar on our strawberries.”

While most of us can appreciate a joke about excrement, preschoolers and children often find it hilarious on a completely different level. Just running around the house saying the word “poo” out loud can often unleash hysterical laughter. But why is this?

Modern research focuses more on such behaviour as an important part of the development of humour in children. Humour is after all a universal aspect of human behaviour. Anywhere you find people, you will find laughter. Laughter of a sort is also seen among non-human primates, occurring during playful social interactions and laughing together is an important part of social bonding.

Research in children shows that the subject of the humour changes as they develop. In very young children, a game of peek-a-boo is the subject of much amusement. In the preschool years, we see a fascination with jokes about excrement and toilets. Then jokes about social and gender roles come to be funny.

Two patterns emerge from these studies. One is that children find things funny when they are stretching their cognitive abilities. Incongruity is a key quality of amusement and that has to be pitched at the right level and in the right context for the recipient to be tickled. Evidence shows that once the cognitive level has been passed, the subject loses its potency.

The other key quality is the social tension that gives rise to humour. For infants, the game of peek-a-boo may be a lot of fun because it is playing with both the threat of separation, and the concept of “object permanence” (when the young child is still learning that when something is out of sight it can be hidden rather than being no longer there). But if the child has separation anxiety, is scared of the stranger playing the game, or is long past the stage of understanding the concept of object permanency, the game of peek-a-boo is no longer funny.

Humour can thereby be understood as a critical aspect of social play. As well as its role in social bonding, play is something that we all must do in order to practise a range of skills, which will be required for survival and reproductive success. And social interaction skills are a very important part of this. We play with funny faces, gestures and language, using the same words in different ways to make them mean different things. Sometimes, we use the words in different contexts to see what effects they have. When we play games, it is important to make sure all the players know it is a game, and so we have laughter to give a clear signal.

Between the age of two and three, children’s learning explodes as they develop the cognitive capacity to create “secondary” mental representations of the world that are distinct from primary representations of reality. This means they are becoming self-aware, learning about pretence and learning that words can stand for objects.

The three-year-old running round the house saying “poo” or pretending to go to the toilet is arguably appreciating the incongruity of being able to use the word liberally. They are also playing with the action of toileting, the social conventions around it and the possible shameful consequences of incontinence. Toilet humour is therefore a natural part of their development.

Toilet humour tends to fade with age but usually sticks around in everyone to some extent, though not everyone finds it funny to begin with. Some children with a fear of germs, a heightened sensory aversion, problems with incontinence or a fear of public exposure, may just find the whole business too worrying or unpleasant to laugh about. In their case, their worries need to be acknowledged and their privacy respected.

Nowadays, most of us are fortunate to live in a world where the value of levity and laughter is appreciated. We appreciate the value of play and the right to play is enshrined in the human rights convention on the rights of the child. This is actually a very recent cultural development in Western society. For many centuries, from the Greek scholars to the 20th century, humour was seen by philosophers as a rather debased form of intellectual activity. The bible also has little place for humour and the Christian tradition would frown on laughter as exemplified in many strict protestant traditions.

It was the advent of cognitive psychology that brought new ways of thinking about the mind, with relief theory suggesting that laughter was a way of releasing pent up energy, and incongruity theory recognising that jokes play with cognitive incongruity. Now, most developmental psychologists appreciate the critical role of humour, levity and laughter in healthy social development and something to be utilised by good parenting and education.

So, for parents whose toddlers find excrement very funny, it is probably a sign of healthy development if they are also learning to use the potty in an appropriate way. It shows they are thinking about and reflecting on what they are learning, and upon the social rules that surround it. And for parents to be able to have a little laugh with their toddler about this learning process, shows them that it is an okay subject for discourse. This limits the shame and embarrassment that occurs during the inevitable accidents, helps develop the social bond and fosters that open channel of communication between parent and child that is so important in the long run.