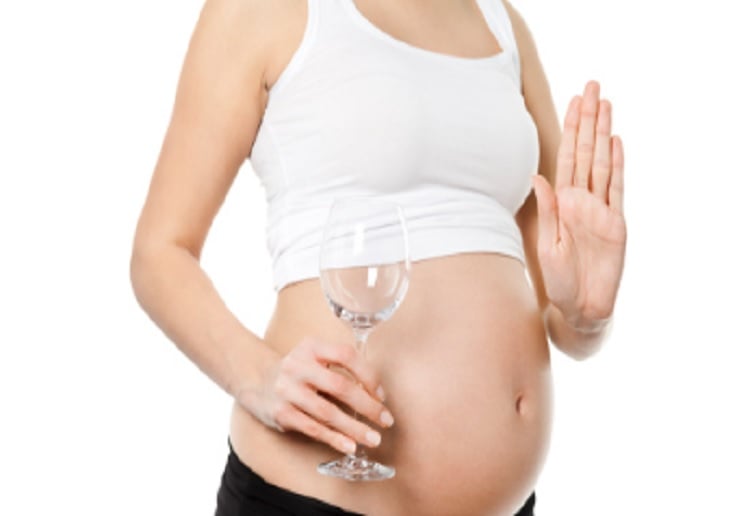 Australian experts agree not enough evidence to suggest an occasional beverage is harmful to the baby.

A recent Australian Rotary Health and NHMRC funded study has reported that there was no harmful effect of low-level alcohol use by mothers during pregnancy on infants’ cognitive ability at 12-months of age.

The study followed a cohort of over 1600 pregnant women and their partners from pregnancy, interviewed them about alcohol use, and conducted infant development assessments with infants at 12-months of age.

Clare McCormack, who conducted her PhD research on the project, found more than 65% of women and 84% of partners drank alcohol during pregnancy, but most women significantly reduced or stopped drinking after the first 6 weeks.

These findings add to current knowledge that there is little evidence for harm associated with low-level alcohol exposure, while highlighting the challenges of studying these effects in humans. Because it is impossible to conduct experiments, the “true” effect of drinking during pregnancy is difficult to determine.

The authors caution however that the NHMRC guidelines recommend not drinking at all during pregnancy.

“The best course of action is not to drink during pregnancy,” Clare said.

“However, the study gives us useful information about the complex interactions between alcohol, early childhood development and other social and economic factors.

“It also provides some reassurance for women who may have been drinking before they were aware of their pregnancy or who may have very occasionally consumed alcohol.”

In September 2017 we reported that an Australian expert, Elizabeth Elliot AM, Professor of Paediatrics and Child Health at the University of Sydney and co-director of the NHMRC Centre of Excellence in Fetal Alcohol Spectrum Disorder, says there is a paucity of evidence of harm in offspring exposed to low levels of alcohol, but just because we can’t see damage doesn’t mean there is no damage, reported 9 news.

“Even though there may be not obvious risk from low levels of alcohol our advice as health professionals must be the safest option is to avoid alcohol,” Prof Elliot said.

“We know that alcohol can cause harm both at a cellular level and a clinical level therefore the precautionary approach is safest and one of the reasons is that often people who are given the go-ahead to drink will drink more than they are advised to drink.”

Professor Jane Halliday from the Murdoch Children’s Research Institute said the study had its limitations, but the message that low level drinking in pregnancy is OK is ill-advised and national guidelines should not change.

“We recently published a paper that shows that even low amounts of alcohol consumed in trimester one contribute to facial shape in one-year-olds,” Prof Halliday said.

The impact on facial shape, published in journal JAMA Pediatrics, were not visible to the naked eye and only seen by using sophisticated 3D facial shape analysis

Despite this, the slight changes are still significant because children who have been exposed to high levels of alcohol in pregnancy have a “very classic face”, Prof Halliday said.

“What we were seeing was very subtle manifestations of those differences in the middle of the face.”

A study published in the journal BMJ Open, included experts from the University of Bristol and University Hospitals Bristol NHS Foundation Trust.

The team found that drinking up to four units a week while pregnant, on average, was associated with an eight per cent higher risk of having a small baby compared with drinking no alcohol.

But they said while there was an association, this did not prove a direct cause of smaller babies at birth.

The researchers said that overall there was insufficient data to “make robust conclusions”, adding that evidence on the effects of light drinking was “sparse”.

The safest option is to avoid alcohol during pregnancy. Don’t you agree?