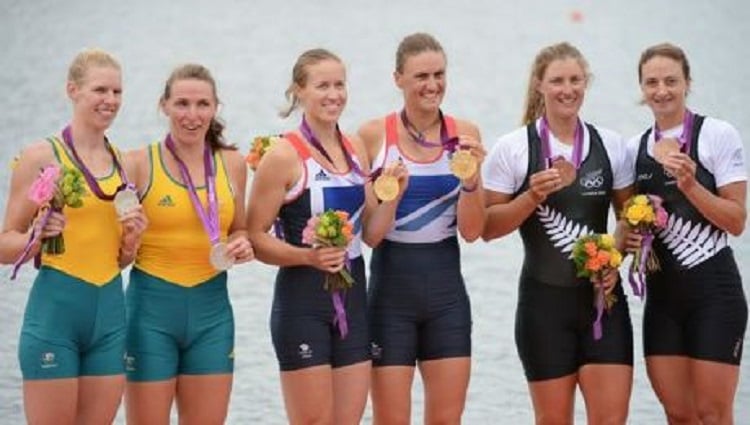 The 2012 London Olympics silver-medallist passed away on Thursday morning following a three-year battle with cervical cancer.

“The Tait and Outhwaite families are sad to inform of the peaceful passing of Sarah Tait after a long and hard-fought battle with cancer,” her husband Bill Tait said.

“The families are enormously proud of the positive impact Sarah has made on so many throughout her life, and know she will be dearly missed.

“Bill, Leila, Luca and the wider Tait and Outhwaite families continue to be grateful for the support and love that has been shared with Sarah and them through this difficult time.”

Sarah won a silver medal with Kate Hornsey in the Women’s Pair at the 2012 Olympic Games in London.

She was a three-time Olympian, competing in the Women’s Eight at the Athens 2004 and Beijing 2008 Olympic Games.

She was a member of the Women’s Eight which won the World Championship in 2005 and also won silver in the Pair at that regatta.

Sarah was coached by her husband Bill, and at the London Games she was the first mother to row for Australia at the Olympic Games following the birth of their first child Leila in 2009. Her history-making moment was also shared by teammates Dana Falatic and Hannah Every-Hall later in the regatta.

The President of the Australian Olympic Committee, John Coates, paid tribute to her today.

“We are extremely saddened to hear of Sarah’s passing and offer our deepest sympathy to her husband, two children, family and friends.

“Sarah was an extremely talented Olympic rower taken far too soon from us. She battled to the end,” Coates said.

Coates recognises that Sarah was among a remarkable group of female athletes who proved that mothers can not only continue to compete at an elite level but also win medals.

“Amongst her amazing achievements Sarah pioneered change in attitude by Rowing Australia with the introduction of their Family Friendly Policy allowing children of athletes to be reunited with their mums while away for extended periods of time training and competing.

“The legacy she leaves for younger women who would like to pursue both motherhood and elite sport is truly inspirational,” Coates said.

Tait retired from professional rowing in 2014 after being diagnosed with the disease in March 2013.