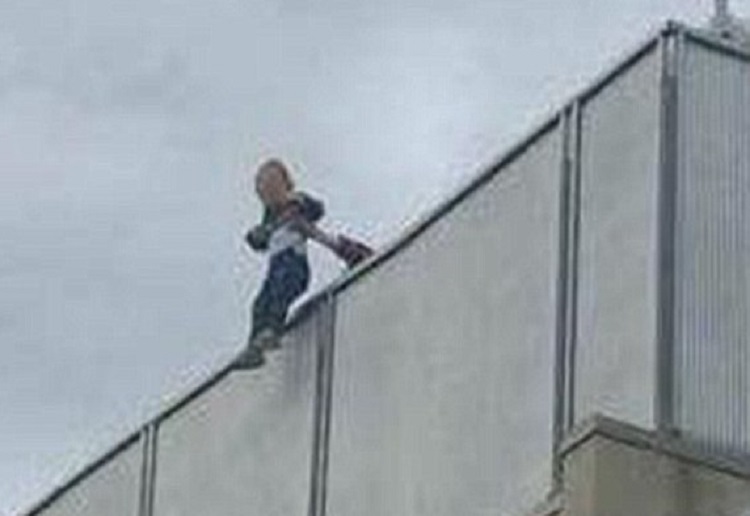 A baby appears to be dangled off a third-storey balcony during a Melbourne Cup party. On more than one occasion.

We originally shared last week that an infant was seen by witnesses suspended over the edge of an unidentified building in Cremorne, in Melbourne’s East, on Tuesday, according to The Herald Sun.

Dean Harris, a father-of-two, said during the ‘revolting’ incident he saw the child dangled over the balcony’s railing three or four times.

‘We saw some imbecile in a flannelette shirt just dancing the kid over [the balcony],’ Mr Harris said.

‘[The child] didn’t look happy. I have got no idea why they would do that.’

‘It makes you feel sick.’

The incident was not reported to police or the Department of Heath and Human Services, The Herald Sun Sun reported

Police officer investigated over the incident.

A Victorian police officer is under investigation after vision of a toddler being dangled from a balcony on Melbourne Cup Day emerged.

Seven news have reported the person being investigated over the incident is a serving police officer.

Victoria Police have said the man was a senior constable based in the state’s east, and confirmed he had been interviewed but not suspended.

“Detectives from the Yarra CIU have interviewed a senior constable from the eastern region in relation to the baby being held over the balcony in Cremorne,” the statement said.

“Professional Standards Command are providing oversight to the investigation. As this investigation is ongoing, it would be inappropriate to comment further.”