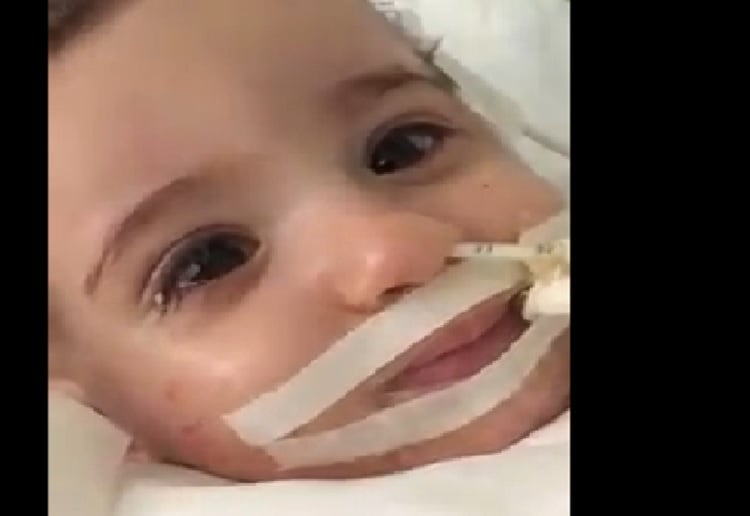 Baby wakes from coma just as doctors were ready to switch off her life support.

One year old, Marwa, was struck down by a brain-damaging virus in September that led to doctors insisting she should be allowed to die.

She was placed in an induced coma while work was done to try and prevent any further neurological disorders, reports The Sun.

Medics in France eventually told Marwa’s Algerian parents there was nothing else they could do after  “aggressive therapy” failed to make a difference.

The parents campaigned against this decision, launching a Facebook appeal titled Jamais Sans Marwa (Never Without Marwa) to raise money to take the case to court.

They gathered nearly 100,000 signatures and a court ruled in their favour, allowing Marwa’s life-sustaining treatment at La Timone hospital in Marseilles to continue.

Doctors insisted Marwa had no chance of being able to breath, eat or walk independently again.

But just ten days after the decision was granted Marwa miraculously woke up.

Touching footage shows her looking at her father and smiling as he speaks to her.

He told local news site Nice-Matin: “Her treatment continues, but we see daily progress, and it gives us great hope.

“When I talk to her, she hears my voice, she reacts, sometimes she smiles”.

We wish little Marwa loads of strength to keep fighting.