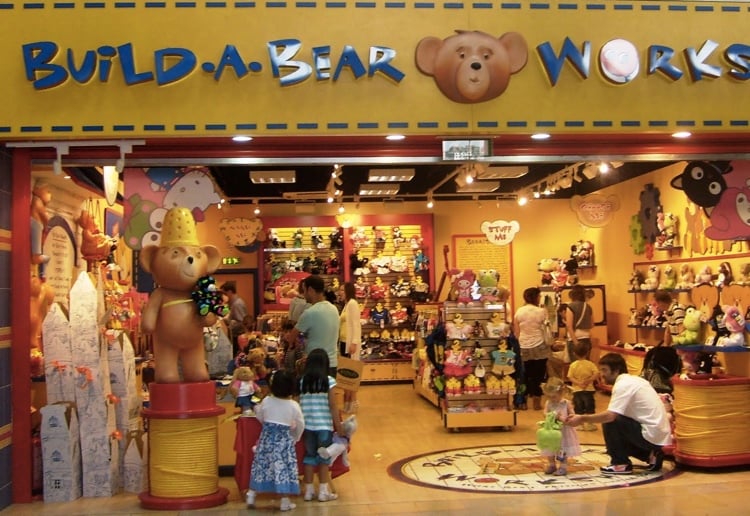 Oh no! Build-a-Bear Workshop has been placed into voluntary administration, which is not good news for its future.

Hours after the US parent company of Build-a-Bear Workshop reported a 7.5% drop in revenue and slow growth in international markets, it was announced that the Australian arm has been placed into voluntary administration.

As reported in Smart Company, the move is partially blamed on the collapse of Toys ‘R’ Us and problems caused by Brexit.

Further reasons for the collapse include rising operating costs and a drop in shopping mall foot traffic.

Matt Sweeny and Gideon Rathner of Lowe Lippman have been appointed as administrators of the company.

Build-a-Bear Australia is a franchised entity of the US company which opened its first store in Bondi in 2004.
It has grown to 30 stores and other retail outlets across the country.

Ten of the stores will close within the next two weeks. Those outlets include the branches at Logan Hyperdome, Kawana, Mt Ommaney, Werribee, Eastland, Garden City (WA), Carousel, Marion, Green Hills and Miranda.

The other stores will continue to trade normally and staff will still be paid. Apparently, gift cards will also still be honoured.

“[We] are taking this action to restructure [Build-a-Bear’s] retail footprint for a more sustainable long-term future for the Build-a-Bear Workshop brand here in Australia,” Mr Port said.

“We have an incredibly dedicated team, and have an established brand that resonates with consumers of all ages. We want to thank our entire team and our valued customers and suppliers who have been great supporters of the brand over the last 14 years.”

“The company will continue to focus on bringing smiles and a unique experience to our guests.”

The administrators have said that are reviewing the company and looking at a variety of restructuring and other opportunities.

We recommend that you go support a remaining Build-a-Bear if you’d like to see it remain open. And by all means, use up any gift vouchers while you still can.

Will you be sad if Build-A-Bear closes? Tell us in the comments below.