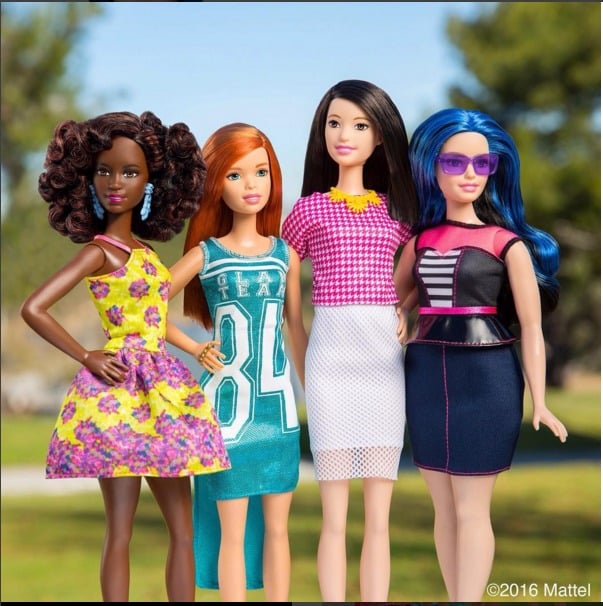 Barbie, has been given a makeover to look more like a range of ‘normal’ sized women.

The long loved doll will now be available in three new body-types — tall, petite and curvy.

The best-selling doll’s manufacturer Mattel announced the new looks available in the Barbie range, ending a 56-year-old tradition of Barbie being one ‘perfect’ size and look.

“Barbie reflects the world girls see around them,” Mattel president and CEO Richard Dickson said in a statement.  “Her ability to evolve and grow with the times, while staying true to her spirit, is central to why Barbie is the number one fashion doll in the world.”

Senior vice-president and global general manager of the Barbie brand, Evelyn Mazzocco, added:”We believe we have a responsibility to girls and parents to reflect a broader view of beauty.”

Whilst new Barbie dolls appear to be a welcome change, one researcher has questioned their impact on changing attitudes towards body image.

“It’s a great thing what Barbie has done. Promoting diversity — that’s great,” said Dr Gemma Tatangelo, from Australian Catholic University told the ABC in a recent interview. “But in terms of having an impact on kids’ perceptions of body image, it’s hard to say since there are so many other factors at play.”

Dr Tatangelo acknowledged that the changes in Barbie’s appearance are a positive change, there are other contextual factors that can affect a children’s body image.

“If a parent is too appearance-focused or a child is being bullied by a friend based on their appearance, these are some of the issues that affect children’s body image,” Dr Tatangelo said.  “It is hard to change society’s perceptions. [Instead] we need to equip kids with tools to address body image by developing resilience, building self-esteem and encouraging them to accept diversity in appearance.”

The new Barbie looks should help Mattel boost declining sales of the doll, which have seen sales down for three straight years and by 16 per cent in the first half of 2015.

The “more inclusive” looking dolls have been praised online with people taking to Twitter to commend Mattel: