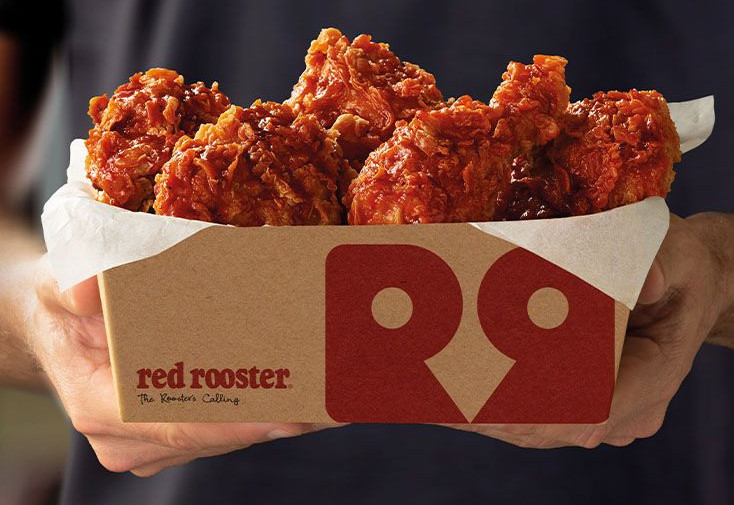 It’s the Red Rooster crunchy Fried Chicken we all know and crave – but with an added spicy peppery kick!

Since it was launched last year, Australia has gone nuts for Red Rooster’s gamechanger product – Crunchy Fried Chicken. So, the chicken giant decided to take things up a notch in the spice stakes by turning up the heat and launching REDS HOT FRIED – Red Rooster’s new spicy and oh so crunchy fried chicken.

Using 100 per cent Aussie chicken that’s fresh not frozen, delivered and prepared daily in your local restaurant by a trained crew, it’s unlike any other spicy chicken around right now.

New chicken is peppery and covered in glossy sauce

People have been going nuts

Upon release reviews of the chicken quickly went viral online. Customers said they “were obsessed” posting, “the taste brings us back home to the Philippines, such a feel-good food during these pandemic times”, and that it was, “just like chicken from Jollibee”.

“Since we launched Crunchy Fried Chicken it’s been a gamechanger and the response has been nuts, more than we ever expected,” said Ashley Hughes, Reds’ Director of Marketing. “So, we wanted to take things up a notch by introducing a spicy version. We know Asian communities absolutely love spice and heat and have been asking us for it ever since Crunchy Fried Chicken came out.”

How to be the first to try

Reds Hot Fried will be available on menus at Red Rooster restaurants nationally and officially from Wednesday February 23. Available via Drive Thru, Dine In, Take Away and Delivery.

However, you can get free delivery and be the first in the country to try the new chicken exclusively before the rest of Australia thanks to Menulog.

From now until February 23, Menulog is the only place you can get your hands on REDS HOT FRIED before it hits Red Roosters across the country. Just order via Menulog at https://www.menulog.com.au/takeaway/brands/red-rooster